Home Blog What to read before heading to Zambia

Don’t Let’s Go to the Dogs Tonight is Alexandra Fuller’s coming of age memoir set in the midst of a war-torn African nation. She recounts, in often vivid detail, the harsh realities of living in a violently polarized society and the deep scars that war leaves upon its survivors. Most importantly, her memoir captures the confusion she feels about her own identity and the inherent contradiction of being a white African.

Cocktail Hour Under the Tree of Forgetfulness

The sequel to Don’t Let’s Go to the Dogs Tonight. In Cocktail Hour Under the Tree of Forgetfulness, Alexandra Fuller weaves a multilayered account around the perfect African childhood of her mother; the grimness of the English childhood of her father; and the civil war-torn, darker Africa childhood of her own. At its centre, this is the story of Fuller’s mother, Nicola who was born on the Scottish Isle of Skye and then raised in Kenya. Fuller has interviewed her mother at length and has taken her unique voice with remarkable precision.

African Writing 2010 (fiction) Winner of the Penguin Prize.
Patchwork is a novel written in two parts. Part One is based in Lusaka, Zambia in 1978 where 9-year-old Pumpkin is living with her mother, Totela. This part of the book details a time in Pumpkin’s life when she is taken by her father a successful businessman, from her alcoholic mother to live with his wife, Mama T, and family. Part Two, Pumpkin is now 30-something, married with kids, but it seems that Pumpkin’s childhood years did affect her. Here we see how being taken away to live with her father, and her father’s actions and his different relationships manifest.

Scribbling the Cat: Travels with an African Soldier

A few years ago, when visiting her parents in Zambia, Alexandra r asked her father about a nearby banana farmer. Her father responded with a warning to steer clear of him. ‘Curiosity scribbled the cat’, he told her. Nevertheless, Fuller began her unusual friendship with the man she calls K. K is a veteran of the Rhodesian War and a white African. He is a man of contradictions, work-weathered, battle-scarred and a born-again Christian. Prompted by K’s memories of the war, Alexandra and K decide to travel and visit the places of the war and meet other veterans, their journey takes them from Zambia through Zimbabwe and Mozambique.

So Many Africas: Six Years in a Zambian Village

This is a memoir of a young American woman’s struggle to reconcile her new marriage with the realities of living in Zambia.

Jill Kandel, grew up in North Dakota. Two months into her marriage to Johan, a Dutch agronomist, they boarded a plane for the remote village of Kalabo in Zambia in 1981.
While her husband travels to villages, testing new varieties of crops to help the region’s farmers, Kandel battles cockroaches, snakes and poultry-eating ants and limited food, electricity and clean water to maintain their household.

The Eye of The Elephant

by Mark and Delia Owens

Mark and Delia Owens are expelled from Botswana for writing the controversial bestseller Cry of the Kalahari. They set off across Africa on a journey looking for a new Eden. They find it in Zambia. However, elephant poachers soon have them fighting for their lives when they try to stop the killings.
Each year from 1973 to 1985, an estimated 1,000 elephants were slaughtered in Zambia’s Luangwa Valley for their ivory tusks, skin, tails and feet; in 1991, only 12 were killed in this fashion.
The Eye of the Elephant is “part adventure story, part wildlife tale,” recounting the Owens’s struggle to save these innocent animals from decimation, a journey not only to supply the natives with ways of supporting their villages but also to cultivate support around the globe for the protection of elephants.

The Eye of the Leopard

Arriving in Zambia not long after independence, Hans Olofson hopes to fulfil the dream of his recently deceased friend and become a missionary. Moving from Sweden, Africa is a shock to him, but he chooses to make it his home and eventually takes control of a small farm. With the threat of violence erupting at any moment, Hans, as a wealthy white man, becomes fearful and remembers the events that drove him from Sweden. The Eye of the Leopard draws on Mankell’s deep understanding of the two worlds he has inhabited for more than 20 years.

The Garden of Burning Sand

An idealistic, young human rights Lawyer, Zoe Fleming is in Lusaka, Zambia working with a Non-Profit Organisation, devoted to fighting the plague of child sexual assault in southern Africa. The organisation is called to assist when a teenage girl with Down syndrome is brutally assaulted. The identity of the girl is a mystery. No one knows where she comes from? Or if the attack was a random street crime or a premeditated act? A betrayal in Zoe’s past gives the girl’s situation a particular resonance, and she is determined to find the perpetrator.

In the 1990s, 11-year-old Chimuka and Ali, her younger brother, find themselves orphaned. It becomes clear that their seemingly average Zambian family is full of secrets, from infidelity, HIV/AIDS, to suicide. Faced with making the difficult decision to live with their abusive extended family or living in the dark underbelly of the streets, Chimuka and Ali escape and become street kids. A failed military coup is the backdrop, with a declining economy and election riots.

A few miles from Victoria Falls on the banks of the Zambezi River once was a colonial settlement known as The Old Drift. This title refers to the name the region was given by British colonists in the 1800s, starting with the infamous explorer David Livingstone.
In 1904, Percy M Clark, an old drifter, is across the Zambezi river at a hotel. Where he makes a mistake that entangles the fates of an African Busboy and an Italian hotelier—setting off a series of unwitting revenge between three Zambian families (white, brown, black) as over a century they converge and collide into the present and beyond.

The Unheard: A Memoir of Deafness and Africa

American born, Josh Swiller has been deaf from a young age. He spent many years frustrated by the hearing world and tried lipreading and hearing aids to blend in, but they didn’t work. He decided after college to set out somewhere so far removed that him being deaf would be irrelevant. At the age of 22, he applied to the Peace Corps and ended up in Zambia, where he worked as a volunteer for two years. There encountered a world where disease, poverty and violence were ordinary facts of life. Swiller found himself finally commanding attention; he spent his time working in a health clinic with Augustine Jere, who became a steadfast friend. Swiller believed he had finally found a place in which his deafness didn’t interfere, and a place to call home until a horrible event took away his newfound beliefs. 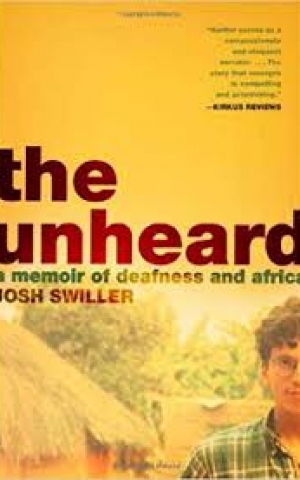 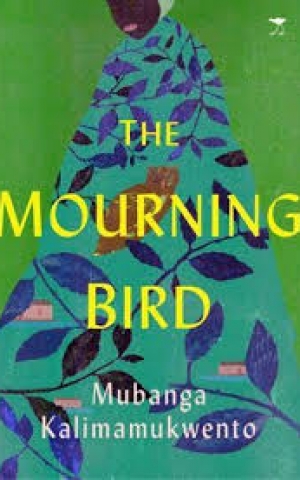 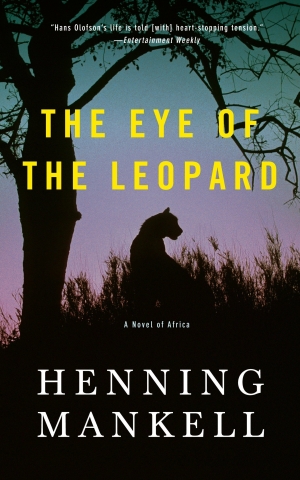 We are often asked for recommended reading list for Uganda. The literature is vast, but a few works on culture, politics and history stand out. Aboke Girls by Els de Temmerman In northern Uganda in, October 1996, one hundred and thirty-nine girls, from St Mary's College, were abducted. Sister Rachele,…

We have found that nothing quite inspires like a good book. Here is a selection of books that will give you a taste of Namibia in various forms; from personal experiences from residents and researchers to an overview of Namibia's history. A Far Off Place by Laurens van der Post…