Land of a thousand hills

Though small by African standards, Rwanda is perfectly located as a wildlife destination, lying at the point where East Africa’s expansive grasslands evolve into wooded hills and mountains. The result is the epithet of the Land of a Thousand Hills, and a variety of endemic plant and animal species almost unique to this welcoming and forward-looking nation – not least the mountain gorilla and 670 different species of bird.

It’s to the mountains of the west that most visitors to Rwanda focus their attention, with Volcanoes National Park one of only a handful of spots on Earth where it’s possible to encounter mountain gorillas. It is estimated to be home to a third of the world population of these majestic, intelligent, and highly-endangered creatures.

At the southern end of Lake Kivu, Nyungwe Forest National Park protects the largest expanse of forest left in the country, and is an important home to more than a dozen primate species including the chimpanzee.

But it would be remiss to visit Rwanda and not explore its urban landscapes too. Kigali, the capital, lies amid lush rolling hills, and is one of the continent’s most pleasant cities. Both clean and safe, its bustling streets have an atmosphere of quiet confidence and an ever-growing number of important cultural and historical attractions.

Rwanda, commonly known as ‘The land of a thousand hills’ is beautiful country with six volcanoes, twenty-three lakes and numerous rivers, some forming the source…

Rwanda, commonly known as ‘The land of a thousand hills’ is beautiful country with six volcanoes, twenty-three lakes and numerous rivers, some forming the source…

Electrical sockets (outlets) in Rwanda are one of the two European standard electrical socket types: The “Type C” Europlug and the “Type E” and “Type F” Schuko. If your appliance’s plug doesn’t match the shape of these sockets, you will need a travel plug adapter in order to plug in. Travel plug adapters simply change the shape of your appliance’s plug to match whatever type of socket you need to plug into. If it’s crucial to be able to plug in no matter what, bring an adapter for both types.Electrical sockets (outlets) in the Republic of Rwanda (République du Rwanda) usually supply electricity at between 220 and 240 volts AC. If you’re plugging in an appliance that was built for 220-240 volt electrical input, or an appliance that is compatible with multiple voltages, then an adapter is all you need.But travel plug adapters do not change the voltage, so the electricity coming through the adapter will still be the same 220-240 volts the socket is supplying. North American sockets supply electricity at between 110 and 120 volts, far lower than in most of the rest of the world. Consequently, North American appliances are generally built for 110-120 volts.

Electrical sockets (outlets) in Rwanda are one of the two European standard electrical socket types: The “Type C” Europlug and the “Type E” and “Type F”…

CurrencyRwanda Franc (RWF) = 100 centimes. Notes are in denominations of RWF 5,000, 2,000, 1,000 and 500. Coins are in denominations of RWF100, 50, 20, 10 and 5.The import and export of local currency is limited to RWF5000. The import and export of foreign currency is unlimited, but must be declared upon arrival and exchanged within 8 days.BankingBanking hours: Mon-Fri 0800-1200 and 1400-1700, Sat 0800-1200.Credit cards are only accepted at a few hotels in Kigali. MasterCard and Visa are the preferred cards.International Visa cards are accepted at the ATMs at Ecobank head office in Kigali and at Kigali airport. They can also be used at the ATMs at Access Bank head office in Kigali. However, these ATMs are often affected by power cuts. It is best to travel with US dollars, some banks won’t accept pound sterling.It may be difficult to change traveller’s cheques outside Kigali.

Food is generally safe to eat if well-cooked and hot. If in doubt, veer towards larger restaurants in cities and those aimed at tourists, which will have undergone government safety checks. Avoid buying food from the side of the road and don’t drink tap water. Use bottled water or otherwise boil or sterilise. Milk is unpasteurised and should be boiled. Powdered or tinned milk is available and is advised. Avoid dairy products that are likely to have been made from unboiled milk. Only eat well-cooked meat and fish, preferably served hot. Vegetables should be cooked and fruit peeled.The majority of the population in Rwanda live off subsistence farming and so their meals rely heavily on starchy crops such as potato, maize and cassava. This is generally served with kidney beans and cabbage and where meat can be afforded it is most often goat. However, the restaurants of Kigali and other towns will generally serve grilled meat with french fries and sometimes rice with spicy stews.Hotels generally serve a reasonable choice of European dishes, and there are Chinese, Greek, Indian, Italian and Middle Eastern restaurants. Some restaurants also serve Franco-Belgian cuisine and African dishes. A fairly good selection of beers, spirits and wines is available. Beer is also brewed locally.You will see brochettes on most menus, these are basically a skewer of your chosen meat or fish served with rice or chips. Other local specialities include: tilapia, a white fish found in Lake Kivu and also farmed locally and appears often on menus; Matoke, cooked plantain, which may be served when you are expecting potatoes (and usually tastes a lot like potatoes!)Primus is the local beer of choice. Mutzig is very similar but more expensive and often comes in large 700ml bottles. The local banana wine is for the brave, it is called urwangwa and you should be able to pick up a bottle in a supermarket to try in the privacy of your room.There is no clear principle on tipping in Rwanda, but most staff in the bigger hotels have come to expect it, as have guides and trackers. A general rule is to tip 10% in restaurants if you feel inclined and give $5 – $10 to guides, trackers and porters.

Food is generally safe to eat if well-cooked and hot. If in doubt, veer towards larger restaurants in cities and those aimed at tourists, which will have…

Despite its proximity to the equator, due to the high altitude of most of the country, Rwanda has a temperate climate with temperatures seldom climbing above 25C. The long dry season is from June to September and there are two annual rainy seasons, the first from mid-March until the beginning of June and small rains from mid-September to December. The best time for gorilla and monkey tracking is the dry season – if only to spare you getting drenched (you can still see them in the rain, they just get a bit grumpy). The dry season is also good if you want to see game in Akagera National Park because thirst will draw the animals to the watering holes. You will also find at this time the roads are less dangerous and the risk of malaria is lower. The rainy season is the best time to see chimpanzees and is also the time when the place is at its most lush and green.

Despite its proximity to the equator, due to the high altitude of most of the country, Rwanda has a temperate climate with temperatures seldom climbing…

Akagera Aviation (+250 788 308 382 / +250 252 580 234) provides helicopter flights all over the country. Rwandair flies internally to the southeastern town of Cyangugu.There is a lot of work being done to improve the roads, and in some places you will find smooth tarmac, while in others you will be going along pot-holed dirt paths.A 4-wheel drive vehicle is needed for some local roads. There can be landslides on some of the major roads during annual rainfall in spring and autumn.Extra care should be taken at night, as headlight use is erratic. During rainy season some roads can become impassable. There are no international car hire companies operating in Rwanda, but there are several local companies. You will find these listed in the Eye magazine given away at the airport and in hotels (www.theeye.co.rw)Taxis can be found in large towns and cities. Look for the official orange stripe. Fares are reasonable, but should be agreed in advance (ask a local if you think you are being overcharged). Tipping is not expected.Bicycle and scooter taxis are the quickest and cheapest way to get around in the towns, however they are risky.Minibus taxis provide links to and from all towns and some villages. Although it is not common for foreigners to travel this way, they are quite safe and efficient. However you will have to wait until they are full before departure if you get on at the start of the route. The Virunga Express (www.virungatravel.com) and Onatracom Express provide more direct intercity links.Rwandans drive on the right. It is illegal to use a mobile phone while driving unless with a hands-free set. Seat belts must be worn in the front. It is advised not to drive after drinking, breathalisers are in use and if found to have more than 0.8 mg of alcohol per 1 litre of blood, you are likely to face imprisonment. Speed limits are 40km/per hour in the city and 60km outside the city. If the car in front is using the left indicator it often means it is not safe to overtake, the right indicator tells you the road ahead is clear.An International Driving Permit is required. An entry permit is needed if you have travelled from outside the country, insurance document and driving licence.You can hire a boat to take you from Gisenyi to Kibuye if you ask at one of the lakeside hotels.

Lightweight cotton or linen clothing is recommended for most of the year with warmer clothes for cooler upland evenings. Rainwear is advisable especially during the rainy season and sunglasses, sunscreen and a sunhat are recommended year round. A good pair of walking shoes is essential.

Lightweight cotton or linen clothing is recommended for most of the year with warmer clothes for cooler upland evenings. Rainwear is advisable especially…

Rwanda’s capital and biggest city stretches across undulating lush hills surrounded by towering mountains, the largest of which is Mount Kigali, rising 1850 metres above sea…

Situated in southwestern Rwanda, the Nyungwe Forest National Park is known for its exceptional biodiversity and its wide range of endemic species. The park is composed…

Bordering the Democratic Republic of Congo in Rwanda, the Volcanoes National Park is best known as a sanctuary for the region’s rare mountain gorillas. Visitors flock… 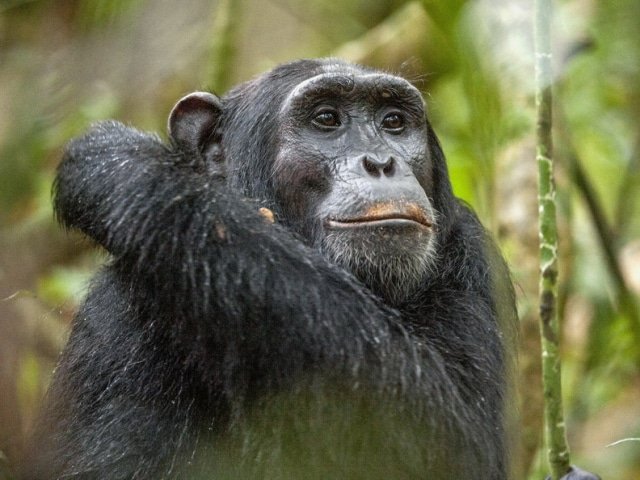 We had an amazing holiday to Rwanda and Tanzania with the help of Claire of African Safaris Ltd! We were sceptical at first of the…

From my first conversation with Claire in 2015 to the organisation a year later of our August/ Sept 2017 month long trip by Tracy, to…

I just wanted to write to say thank you for organising this trip for me. I got back to Johannesburg last night and I was…

We are back from our wonderful safari-thank you so much for arranging it all for us.Everything went well-the camps and lodges were all lovely and… 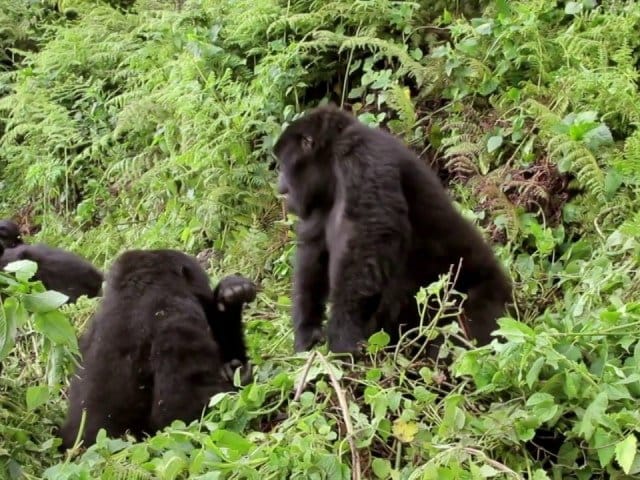 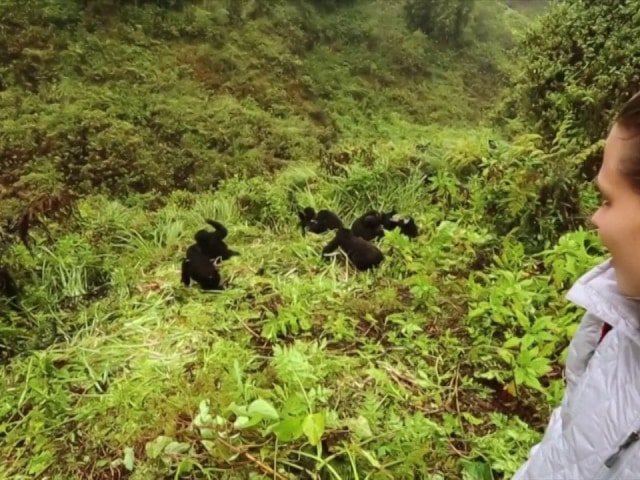 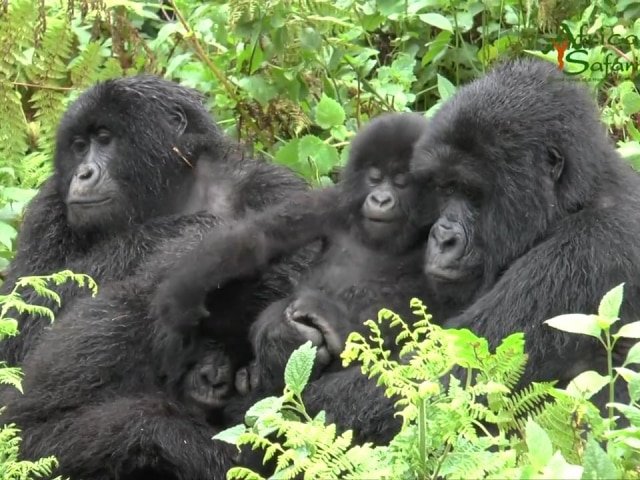