They are a bird. They do have wings, but they rarely use them.

If you have been to Africa, you will have seen them. A small army of round, speckled birds sprinting, darting around and cackling in all directions!

It is native to Africa, mainly south of the Sahara, and has been widely introduced, as a domesticated species, into other parts of the world.

When on an African safari it is their numbers, crazed running about behaviour, cackling and colouration that make many people become fond of this bird. Atop their naked heads, there is a protrusion that looks like a horn or maybe a shark’s fin. It is this “helmet” with which is referenced in their name.

With blue bare-skinned heads, bright red wattles and beautifully speckled plumage; they almost look like a tea-cosy running around on legs. 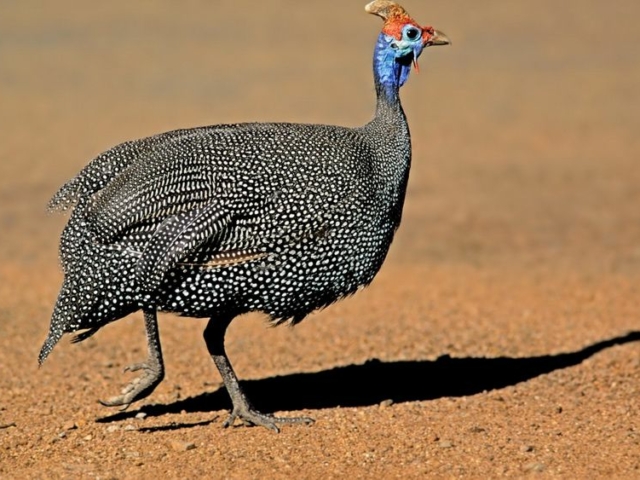 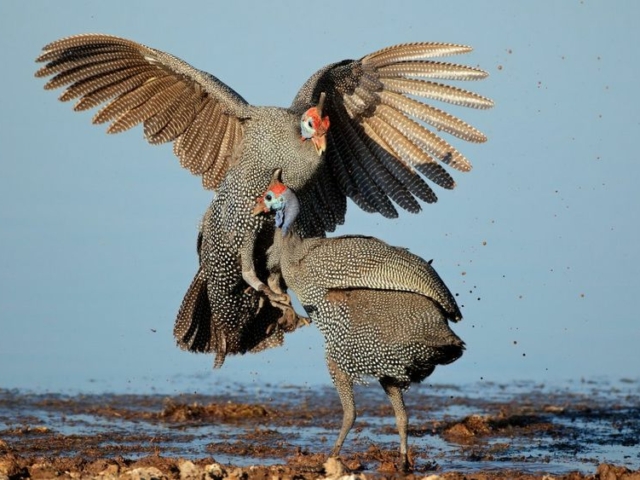 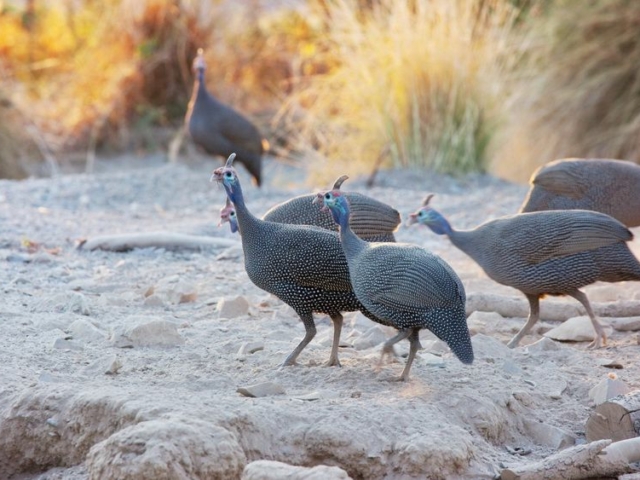 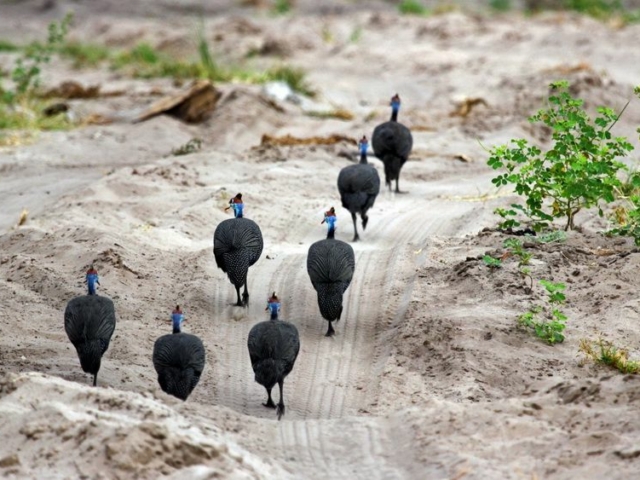 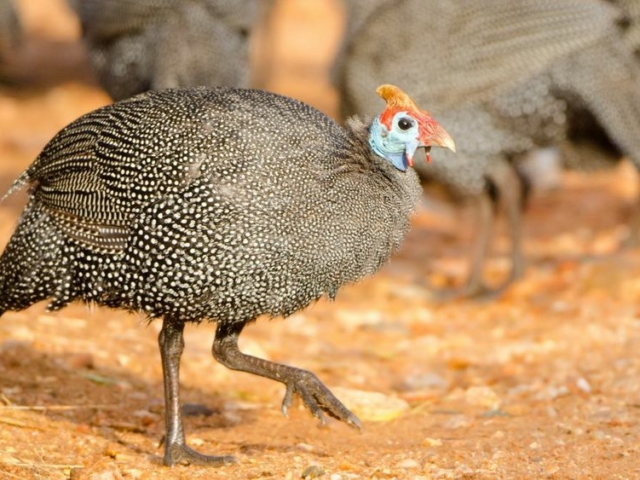 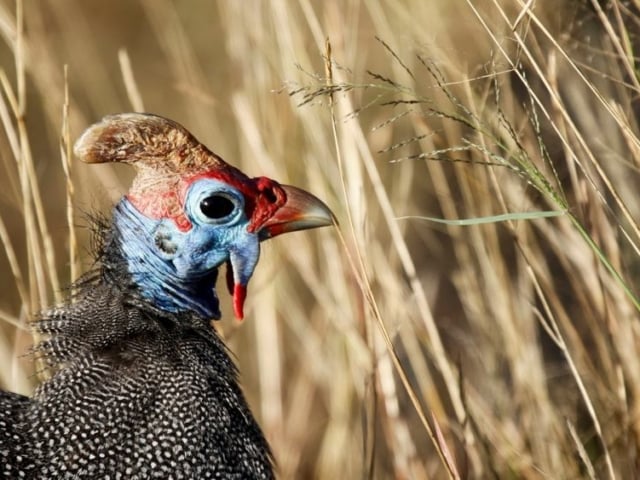 Helmeted Guineafowl prefer open areas. Anything from sub-desert to thorny bush and savannas. They also like areas next to water, such as rivers and wetlands. They are omnivorous; meaning they will eat anything from seeds, underground bulbs, termites, grasshoppers, and a variety of other insects.

They are probably best know for being chatty. When disturbed they have a distinct noisy and loud call.