Home Blog What to read before heading to Zimbabwe

Australian Sharon Pincott traded her life as a corporate executive in 2001, to a life with the Presidential Elephants in Zimbabwe. Untrained, unpaid and self-funded she arrived with naive aspirations. During the worst 13 years of Zimbabwe’s volatile history, Pincott lived in the Hwange bush forming a life-changing and extraordinary bond with the elephants as she fought for the lives of the elephants against the trophy hunters and poachers.

Mukiwa: A White Boy in Africa

Peter Goodwin grew up in rural Rhodesia in the 1960s. He tells a journey from a privileged background as a boy to a soldier in the Rhodesian Army and then in 1981, after getting out of the army, he became an investigative journalist. Rhodesia had become Zimbabwe, and the country’s rulers were the terrorists’ he had once reluctantly fought. The Zimbabwean government tried to discredit Peter’s writings, and he received death threats. He managed to escape the country just hours before the police had come looking for him.

Voted in the Top Ten of Africa’s Best Books of the 20th Century this is a modern classic. Set in Rhodesia in the 1960s. This story focuses on the life of two young African girls – Nyasha, brought up in England and now a stranger amongst her own people, and Tambu, who leaves her village for the pricey mission school.. Nyasha and Tambu are cousins. The only thing Tambu desires is to attend school, but her family is very poor and do not have enough money to pay her school fees. When Tambu’s educated and wealthy uncle offers to sponsor her education, she thinks all of her dreams have come true; she longs to be free of her rural village and the constraints. However, attending mission school carries a heavy price. Nyasha, who grew up in England is now a stranger among her people and pays the full price of alienation.

Out of the Black Shadows

The eldest son of a teenage mother, Stephen Lungu was three years old and living in Salisbury, Rhodesia (now Zimbabwe) when his mother ran away and left him and his younger sister and brother, in the involuntary care of an aunt. Stephen had run away too by the age of eleven. He prefered living on the streets, scavenging from rubbish bins and sleeping under bridges. During his teenage years, the Black Shadows, an urban gang, had recruited him. The gang mugged and robbed with a half-focused dream of revolution. The group sent Stephen to firebomb an event when an evangelist came to town, but instead, he listened, this shaped the rest of his life, and he is now an international evangelist.

The Book of Memory

In Harare, Zimbabwe, Memory is an albino woman who has been convicted of murder and is held in Chikurubi Maximum Security Prison. Her lawyer insists as part of her appeal; she writes down what happened as she remembers it. Memory reveals, as her story unfolds, she has been tried and convicted for the murder of her adopted father, Lloyd Hendricks. Questions arise, who was Lloyd Hendricks? Why does Memory not feel any remorse for his death? And did everything happen as she remembers?

The Boy Next Door

2010 Orange Prize for New Writers Winner
In Bulawayo in Zimbabwe, there has been a tragedy in the house next door, Lindiwe Bishop’s neighbour has been burned alive. Ian McKenzie, the stepson of the victim, is considered a prime suspect but is soon released. Lindiwe is fascinated by this young, mysterious, and boisterous white man. They soon start to forge an unlikely closeness even as the country begins to fall apart. Years after circumstances have split them apart, Ian returns to see Lindiwe in a much-changed Zimbabwe. Lindiwe is now a passionate and sophisticated young woman, discovers a devastating secret that will change their futures, and draws them closer together even as the world seems determined to keep them apart.

The Fear: The Last Days of Robert Mugabe

Peter Godwin fought wars as a soldier and covered them as a journalist; still, he nothing had prepared him for the mix of hope and desperation he encountered when he returned to his homeland Zimbabwe.
Peter arrived as the country’s dictator for 30 years, Robert Mugabe, finally lost an election. Mugabe’s time had left Zimbabwe with the world’s shortest lifespan and the highest rate of inflation. But Mugabe, instead of conceding power, launched a brutal campaign of terror against his citizens. Peter was one of the few witnesses to see the period the locals call The Fear. He saw villages burnt, torture bases, but he also witnesses acts of kindness and diplomats and churchmen and putting their own lives on the line to try to stop the carnage.

The Hairdresser of Harare

Vimbai works in Mrs, Khumalo’s salon and is the best hairdresser. She is secure in her status, but then Dumisani, a smooth-talking, handsome man shows up for work one day. Vimbai tries to resist, but she becomes friends with Dumisani and soon becomes his landlady. He is as good with his scissors as he is charming and Vimbai finds that he begins to mean more to her. But the pair have different futures in mind. Vimbai’s story is a lens through which we view a culture wrestling with corruption, class stratification and the aftershocks of colonialism.

The Last Resort: A Memoir of Zimbabwe

A remarkable true story. Douglas Rogers was born and grew up in Zimbabwe; the son of white farmers he lived during the country’s long and tense transition from the postcolonial rule. He escapes the bleak future set out for him by his parents for one of excitement and adventure in the United States and Europe. But when Robert Mugabe, Zimbabwe’s president launches a violent program to take back white-owned land, Rogers’s parents are caught in the crossfire and everything changes. His parents, Lyn and Ros, own Drifters, a famous backpacker lodge and game farm in the eastern mountains, they find their resort and home under siege, their neighbours and friends expelled, and their lives are in danger. Douglas pleads for them to leave, but instead of leaving, they pull out a shotgun and decide to stay.

At ten years old, Darling must navigate a violent and fragile world. Darling and her friends living in Zimbabwe grasp at memories of Before. Before their school closed, before their fathers left for dangerous jobs overseas and before their homes were destroyed by paramilitary policemen.
Darling gets a chance to escape, to America to live with her Aunt. She travels to America, a new land, in search of the abundance she has heard about, only to find that her opportunities as an immigrant are perilously few.

When a Crocodile Eats the Sun: A Memoir of Africa

Peter Goodwin, began a series of trips from Manhattan to the country he was born, Zimbabwe, after his father suffered a heart attack in 1984. On these regular trips to check on his ageing parents, he watched as Zimbabwe spiralled downwards into violent chaos, while presided over by an increasingly enraged dictator. Even after their comfortable lifestyle had been destroyed and millions of people were fleeing, Peter’s parents refused to leave. Peter soon discovered a shocking family secret that helped to explain why his parents were so loyal to Africa. 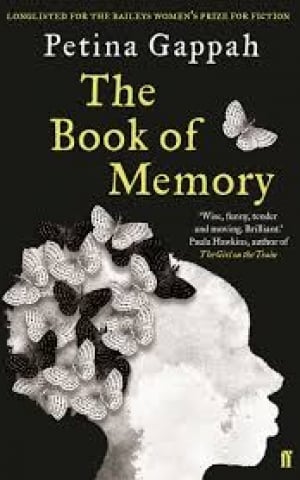 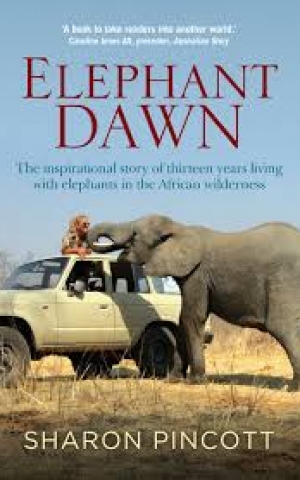 It is no secret that Madagascar is home to some of the world’s most intriguing and wonderful flora and fauna.  After dark, a very different cast of characters emerge from their daytime hideouts to forage in the forests and woods of Madagascar. Great places for night walks include Kirinidy Forest,…

Giraffe used to live across much of Africa. They appear throughout history, in most sub-Saharan African cultural traditions, in Egyptian hieroglyphs, Greek and Roman writings, Chinese art, and more. They became popular as high-status pets and were often gifted from one royal to another across Europe, Asia, and Africa. Many…