Home Blog What to read before heading to Uganda

We are often asked for recommended reading list for Uganda. The literature is vast, but a few works on culture, politics and history stand out.

In northern Uganda in, October 1996, one hundred and thirty-nine girls, from St Mary’s College, were abducted. Sister Rachele, the deputy headmistress, in an act of extraordinary courage, followed the abductors. Her journey led her to the Lord’s Resistance Army, where she managed to secure the release of most of the girls. What happened to the remaining 30 girls and the other children from northern Uganda, who have disappeared from their homes and schools since the Lord’s Resistance Army arrived, is still not known. Journalist, Els De Temmerman, in this book, conveys the journey of two Aboke girls who succeeded in escaping their abductors and a fourteen-year-old boy who was part of the Lord’s Resistance Army elite troops

A child recruit in the Ugandan National Resistance Army, China shares her story from the age of 8 to 18 years old.  She shares the humiliation, terror and sexual assault she endured.  Years later she re-joins the army as a bodyguard to the Minister for Records, and when he is disgraced, China is captured and tortured for six months by the Ugandan secret service.

Katie Davis had a passion to make a difference. In 2006, the 18-year-old senior homecoming queen and senior class president from Nashville, Tennessee, turned her whole life upside down so she could move to Uganda where she didn’t know the language and only knew one person, for a short mission trip. Katie was so moved by the children and people of Uganda that she decided to go back and care for them. 2 years later she had founded Amzima Ministries, an organisation that empowers and educates the people of Uganda. By the age of 23, she had adopted 13 children. She now lives in Jinja, Uganda, with her husband and children.

A young man, Mugezi, is the main character of this unforgettable tale.  He experiences the worst aspects of Ugandan society as he makes it through the hellish reign of Idi Amin.  He faces his mother’s cruelty in the name of Catholic enthusiasm, his distant father’s oppression. He endures the ravages of poverty, war, AIDS and rape and is still able to have an occasionally amusing outlook on life and remain hopeful.

Kintu Kidda, unleashed a curse, in 1750, that will plague his family for generations. Kintu a Ppookino (provincial governor) of Buddu Province in the Kingdom of Buganda, Uganda sets out on a journey to the capital to pledge allegiance to the new kabaka (King) of the realm. Nansubuga Makumbi weaves together the stories of Kintu’s descendants in this tale of a clan and a nation as they try to break away from the difficulty of their shared past and harmonise the legacy of tradition and the modern world that is their future.

For two years Thor Hanson called the Bwindi Impenetrable Forest, lying in the remote hills of southwest Uganda home. The forest harbours chimpanzees, monkeys, elephants and half the world’s population of endangered mountain gorillas. Hanson, an American conservation biologist, worked with trackers and local guides to create a gorilla tourism program in the Bwindi Impenetrable National Park. The Ugandan people play a big role in Hanson’s story. Despite their history of hardships from AIDS to brutal dictators, they warmly welcome him into their lives and hearts and show him a way of life very different from his own.

The Last King of Scotland

Nicolas Garrigan, a doctor from Scotland, was called to the scene of a bizarre accident, shortly after his arrival to Uganda.  Idi Amin, a dictator, was careening down a dirt road in a red Maserati when he ran over a cow. Garrigan tends to Amin, and Amin in his obsession for all things Scottish appoints Garrigan as his physician. So begins a fateful connection with the central African leader who would carry out a reign of terror.  This book was made into a movie of the same name in 2006, starring Forest Whittaker and James McAvoy.

Mwambu hopes to touch heaven by climbing a mountain.  His journey from childlike inquisitiveness to adulthood shows unexpected differences as Western values collide with traditional values.  His maturation – descent from the mountain – reveals the social, religious, and sexual conflicts he has to face.  This novel brings out the struggle that Mwambu and many like him faced, finding the perfect balance between colonial and indigenous values. The Western culture and traditional culture are not always compatible, and this creates problems for him, just when he thinks he has figured out what being a man means something happens to disprove it.

The Queen of Katwe

Phiona Mutesi, a teenage girl from the slums of Kampala, Uganda, lives with her mother and three siblings in an old shack and struggles to find food each day.  Only just learning to read and write, she has been out of school for most of her life, because her mother can’t afford it.  At nine years old, in 2005, Phinoa was searching for food with her brother and came to a house where she met Robert Katende.  Robert had also grown up in the slums of Kampala and a dream to empower kids by teaching them chess.  He began to teach Phiona, and by the age of 11, she was her country’s junior champion and by 15 years old the national champion.

The Teeth May Smile But the Heart Does Not Forget

African countries recovering from war and tyranny have to decide whether to overlook the atrocities of the past to keep the peace or to seek catharsis through truth commissions and tribunals.  Uganda chose to forget after Idi Amin’s was overthrown.  The new government decided to give amnesty to his henchmen rather than continue the conflict.  In 1972 Eliphaz Laki disappeared, years later a stray clue led his son to a shallow grave and then to three executions. Among them was Idi Amin’s Chief of staff.  The discovery resulted in a trial that gave a voice the past of a nation.

War of Brothers is set in Uganda. Since 1987, Joseph Kony’s Lord’s Resistance Army (LRA) has abducted up to 30,000 children from their homes and villages for use as slaves and soldiers.  It is during these nightmarish times that the fates of a girl and five boys become entwined. After being captured by the LRA, from their school, the boys wait for rescue only to find that if they are to survive, they must rely on themselves. Friendship, resilience, and courage might not be enough to save them. Based partly on interviews with child soldiers in Northern Uganda. 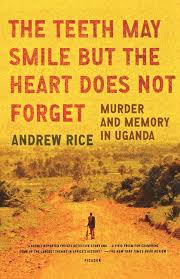 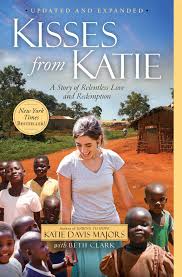