Cape Town is facing one of its worst droughts in living memory. Since 2001, the city has had a water conservation and demand management policy to reduce its water consumption. These efforts kept overall water demand relatively stable until 2014, when demand started to rise. Due to a combination of lower rainfall in the winter of 2016 and 2017, and a relatively slow initial governance response to the drought, the city officially declared a water crisis in 2017. 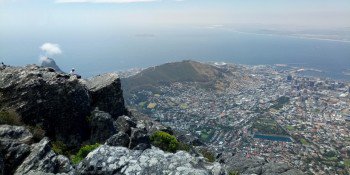 Do not change your travel plans, or avoid the area. Cape Town and the Western Cape are open for business in spite of the current drought. Visitors are arriving in a region, that contains a significant variety of experiences and exceptional beauty. However, as beautiful as it is, the Western Cape is a water-scarce part of the world and is vulnerable to the effects of climate change and is susceptible to periodic droughts.
… just be mindful
Much like a local, tourists need to treat this scarce resource with the utmost respect.

The below average rainfall over a number of years has forced everyone who lives in or visits Cape Town to rethink their water usage behaviours. Responsible consumption of water is the new normal, not just in Cape Town but in many other water-scarce places in the world.

In the event of what the city of Cape Town refers to as ‘Day Zero’ (currently 12 April) there will be available water for tourists and locals’ critical needs.

We are in regular contact with our partners in Cape Town and are keeping abreast of the situation.