By africansafarisltd, June 19, 2020 Posted in: Botswana

The Okavango Delta as seen from space! The Okavango Delta is the largest inland delta in the world, covering a surface between 15,000 km² and 22,000 km² during flooding. The delta consists of an endorheic basin, an area in which water has no superficially outlet, rivers, to the sea, i.e. a river basin with no exit to the sea. The water spreads until the geological failure marked by the Thamalakane River. All the water that arrives the delta is evaporated and does not reach any sea or ocean. Approximately 60 % of water is lost through evapotranspiration by plants, 36 % by evaporation, 2 % by percolates in aquiferous systems and 2 % flow to Lake Ngami.

Every year about 11 km³ of water passes through this region. The delta is very flat, with less than 2 metres of variation in its depth. The delta is filled with islands, with about 70 % of them starting out as termite mounds. The Okavango Delta is the largest in the world, but not the only one. Niger’s Inner Delta also stands out. It is characterised by an area of river wetlands, lakes and flood plains in the semi-arid region of Shael in central Mali, south of the Sahara desert. 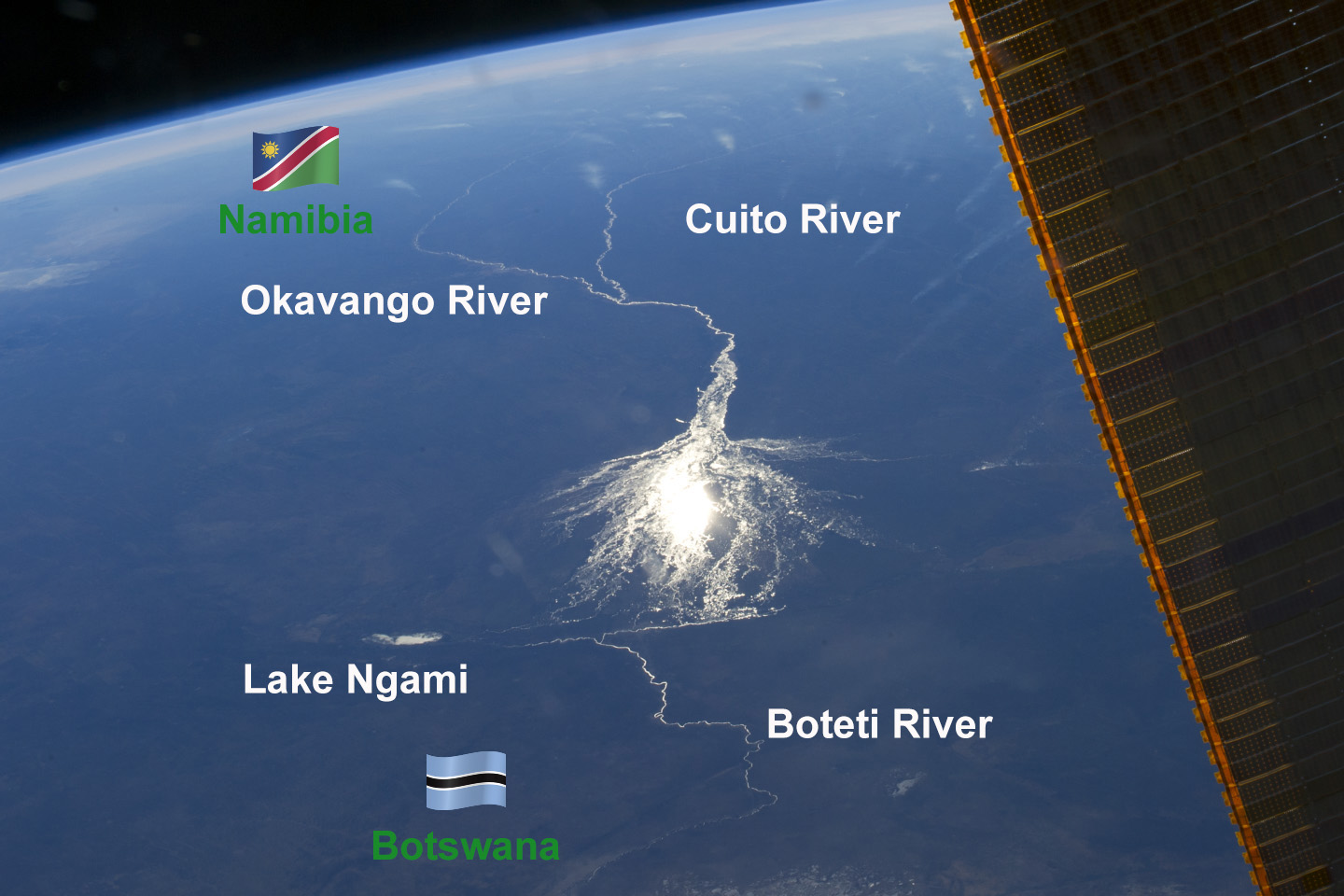