Home Blog Maasai jumping dance. How high can you jump?

By africansafarisltd, June 8, 2021 Posted in: People of Africa, Videos

The adumu, also known as the “jumping dance,” is a highly identifiable Maasai ceremony that has been captured in countless photographs and movies. However, many tourists may be unaware of the true significance of this dance. When on safari tribesmen will often perform an out-of-context version of it for visitors. For the Maasai, the adumu is simply one of several rites that make up the Eunoto, the event in which the morani, or younger warriors, advance to manhood.

Children stay at home with their parents until they reach adolescence, when they are inducted into the earliest stages of masculinity via the Emuratta, a ritualised circumcision ceremony (women don’t have their own “age group” like boys, but do through some of their own rites on their journey to adulthood). Boys who successfully complete the Emuratta (one of the prerequisites is that you do not even flinch) are promoted to junior moran status. Following the ritual, the new morani are relocated to a “manyatta,” a communal campground where they would remain for up to ten years. Part of the reasoning behind the manyatta camp is to teach male Maasai independence since mothers typically take care of household tasks as they grow up.

It is understandable that the morani, isolated from the rest of their tribe and forbidden from eating or drinking in the presence of a woman would jump at the chance to graduate to full adulthood. 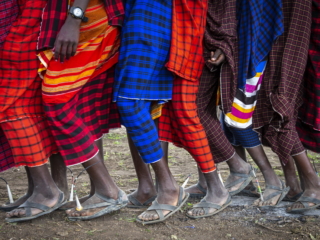 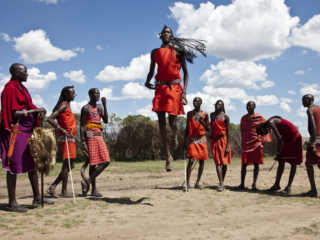 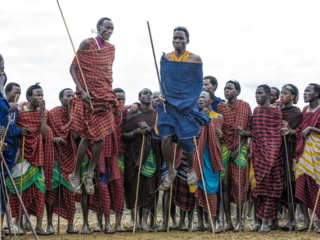 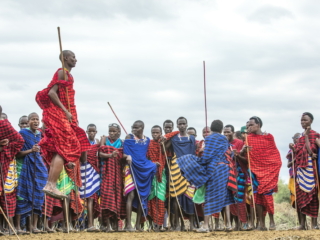 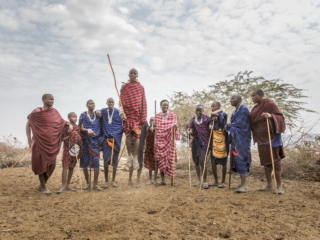 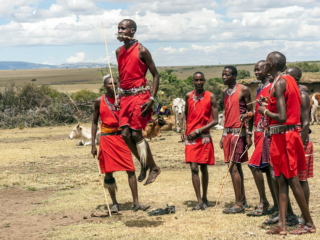 Eunoto celebrations can take up to ten days and include singing, a march in front of elder warriors, a ritual cow slaughter, and the first taste of alcohol, which is usually produced from fermented aloe roots and honey. The adumu, on the other hand, is one of the most photogenic aspects of the ceremony.

The juvenile morani form a circle into which one or two at a time will enter. The young warriors began to jump, their bodies kept in a narrow posture with their heels never touching the earth. The higher and more graceful the warrior’s leap, the more appealing he is to the young women watching (providing tremendous motivation to the young men who will only be able to marry after the Eunoto rite is completed!). When one warrior wears out (typically after only a few jumps; the height gained is typically astonishing and necessitates serious agility), another fighter takes his place. The morani in the outer circle continue to sing, raising the pitch of their voices to “match” the height of the jumps.

The morani shave their long hair after the ceremony as a sign of their new position as full-fledged warriors. They are now free to return to the society, marry, and raise their own families.

Little Gorillas at Play in Rwanda from African Safaris Ltd on Vimeo.

Africa misses you and you miss Africa. Therefore, we have assembled a playlist of some of our favourite Africa songs to keep you company.