Home Blog What to read before heading to Kenya

An African safari is a unique experience. If you have never been before, it is hard to know what to expect, and even if you are a regular safari-fundi, the setting is so different from everyday life that it can be hard to get yourself back in the zone. Below is a dizzying list of works that centre on epic conservation efforts, remarkable true stories of survival, and some truly superb classics.

Joy Adamson shares her story with the world of living alongside a lioness called Elsa. Joy and her husband George had rescued Elsa as an orphaned cub and raised her in her home in Kenya. Joy made the heartbreaking decision to return Elsa to the wild when she was old enough to fend for herself.

Tony Fitzjohn, an expert on African wildlife and internationally renowned, spent 18 years with George Adamson (Born Free) helping to return over forty leopards and lions to the wild in central Kenya. A memoir of his remarkable life, of a man driven by his restless spirit showing you can achieve nearly anything. A well known “hell-raiser” he has been in scrapes with evil policemen, wicked politicians and bandits, chewed up by lions and shot by poachers, he is also a fantastic storyteller. Born Wild is a story of his passion.

A historical novel based on the life of Beryl Markham and aviator. As a child, she was brought to Kenya from England and then abandoned by her mother, raised by her father and a native tribe the Kipsigis who shared his estate. Her unusual upbringing sees her develop into a brave young woman with love all things wild and an understanding of the delicate balance of nature. Beryl Markham’s memoir is called West with the Night below.

Running for his life on the streets of Nairobi, Odidi Oganda, is gunned down. His sister Ajany, who has just returned from Brazil and their father, seeking peace and comfort, travel with his body back to their home in the northern drylands around Lake Turkana, Kenya. Untouched memories stirred by the murder unleash a series of unexpected events.

Published for the first time in 1938, Facing Mount Kenya paints a thorough and clear picture of the customs and lives of a central Kenyan tribe, the Kikuyu people, before they had contact with Europeans. This book, written by Jomo Kenyatta, Kenya’s first president after independence, is a must-read for anyone wanting to learn about African culture as it documents and captures fast-disappearing traditions.

Imperial Reckoning: The Untold Story of Britain’s Gulag in Kenya

A few years after Hitler was defeated came an uprising in Kenya, there came the Mau Mau uprising, an armed rebellion by the Kikuyu people, demanding their freedom and land be returned. The response of Britains Colonial Government was detaining nearly all of the one and half million population of Kikuyu and confined them in villages or hold them in camps. This novel tells of what happened inside the detention camps in Kenya and how they tried to hide the truth.

It’s our turn to eat

One morning Michela Wrong’s friend John Githongo from Kenya appeared on the doorstep of her flat in London. Something had gone wrong in a country which up until then, was regarded as one of the few budding success stories of Africa. John, a newspaper journalist, became Kenya’s first anti-corruption leader. Two years later, after uncovering evidence of corruption in the highest levels of government, John fled the country and took refuge at Wrongs London flat. This book is John’s story of how he came to make a decision which had huge ramifications.

Karen Blixen spent between 1914 and 1931 in Africa in the hills near Nairobi on a four thousand acre coffee plantation. She had moved from Denmark to Kenya with her husband, but when they separated, she remained at the farm and managed it by herself. She constantly told stories to those around her and this novel, written after she returned to Denmark when she lost her beloved farm, is an account of her African Adventures.

Tessa Quayle, the young beautiful beloved wife of Justin a British Diplomat in Nairobi, Kenya, is brutally murdered. Justin sets out to solve the mystery of her death and discovers that Tessa, an activist, had uncovered a corporate scandal involving medical experimentation in Africa. What he finds not only makes his colleagues suspect him, but he becomes a target for Tessa’s killers as well.

The Flame Trees of Thika

Elspeth Huxley travels from London to Thika in Kenya with her parents. They are pioneers and discover the world of Africa the hard way, eating off damask cloth laid over packing cases and building a house of grass. Huxley, with a keen sense of humour and gift for detail, recalls her childhood on the small farm. A time of freedom and adventure growing up among the Kikuyu and Masai people, discovering both the terrors and the beauty of the jungle. A story of enduring the rough realities of life of a pioneer.

Wangari Maathai recounts her life as a feminist, environmentalist and political activist in Kenya. In 1940, Wangari was born in a rural village; she fought to get educated even when most girls were not. She studied in Catholic missionaries and earnt a bachelor and masters degree in the United States; she became the first woman to head a Kenyan university department and to earn a PhD in Central and East Africa and was the first African woman to win a Nobel Prize. She started THE GREEN BELT MOVEMENT in 1977, which focused on women planting trees in Kenya that soon spread across Africa. Wangari offers a message of prosperity and hope through being self-sufficient.

West with the Night

Beryl Markham moved with her father from England to Njoro, Kenya when she was 4 years old and grew up with horses for friends, a zebra for a pet and lions, gazelles and baboons for neighbours. She learnt to fly in Kenya and spent her life as a bush pilot signalling locations of game animals to safaris on the ground. Later, with her love and knowledge of horses, she became a racehorse trainer in East Africa. She is best known for being the first person to fly solo east to west in 1936 across the Atlantic from England to North America. A historical novel about Beryl Markham’s life Circling the Sun is above.

Wildflower tells the life story of Joan Root, a filmmaker, lifelong conservationist and naturalist. Joan’s life was one of a modern-day heroine, her storybook love affair with her former husband, Alan Root, a pioneering nature filmmaker and her passion for animals and her crusade to save Lake Naivasha in Kenya. After divorcing Alan in 1981, Joan moved west of Nairobi to the shore of Lake Naivasha, where she began her crusade to save the lake. Mark Seal, a renowned journalist, has written Joan’s story of fighting for her beliefs and discovering herself before she was mysteriously and brutally murdered in her home in Kenya in 2006.

An Englishman, named Martin Pearce falls at the feet of a shopkeeper, Hassanali in a small East African coastal town along from Mombasa, in 1899. Hassanali rescues him and takes him to the house of Frederick Turner, a colonial official. Once Pearce has recuperated he visits Hassanali to say thank you for saving him and when he is there meets Hassanali’s sister Rehana. They begin a passionate love affair, bringing two cultures together that reverberates across continents and through three generations.

Facing the Lion gives a firsthand look at growing up in Kenya as a member of a tribe of nomads. The nomad’s livelihood relies on the grazing and raising of cattle. Joseph Lekuton shares his first encounter with a lion, the epitome of bravery in the warrior tradition. The story follows his playful antics as a young Maasai cattle herder, his initiation of coming-of-age, adventures in boarding school, his success at soccer, and travelling to college in America. This riveting book combines fascinating details of nomadic life with the worldly experience and emotions of a maturing boy. 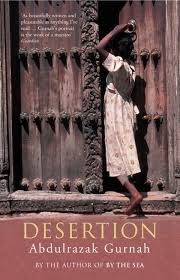 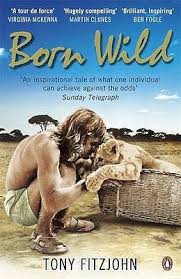 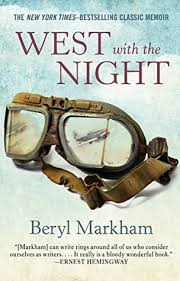 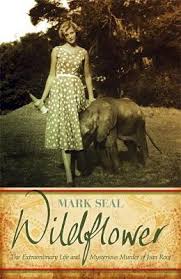 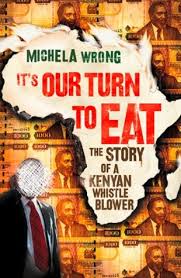