Lying on the eastern fringes of the Okavango Delta with a rich wildlife population and no borders drawn around it on the map, Khwai is often overlooked in favour of its more famous neighbours, though in the winter months it can hold its own for the quality of big game viewing.  During your time here, you’ll spend most days exploring the narrow Khwai River, which forms the natural boundary to the Moremi Game Reserve on the south. The Khwai River is a beacon for wildlife and plays host to leopards stalking lechwe in the long grass, lions swimming from the banks to save their cubs’ during territorial disputes and crocodiles competing with wild dogs for a midday meal of impala.As Khwai lies outside the parks, it offers the freedom and flexibility normally only possible with the heavier price tag of a private concession. Go off-road for a closer look at sightings, night drive in search of nocturnal species, and, with a little advance planning, head out on game walks to track wildlife on foot.  Khwai is also home to a village community where people live side by side with the resident wildlife. Some camps will offer village visits for a dose of cultural insight to go with your safari. For those not visiting the water camps of the delta, many camps in Khwai offer the chance to get out on a mokoro (traditional canoe), although excursions are less traditional in nature, skirting the riverbanks, rather than open delta floodplains.

Adventure camping requires participation. Your guide and assistant do all the meal preparation, however we ask guests to help (on rotation) with the washing up.  You will also need to assist with putting up your tent and packing the vehicle.  There are some long travel days which means early morning starts, so we all need to get involved to make the day run efficiently.

With an extra night on the door-step of Moremi Game Reserve, our 9-day Botswana Wildlife Explorer safari is perfect for those with limited time still wishing to…

Our 11-day Classic Botswana adventure safari is perfect for those wanting more time in the best wilderness areas in Botswana.  Starting in Maun and ending in…

This 15-day Botswana Untouched safari covers some of the best wilderness areas in Botswana, from the magic of Nxai Pan National Park to the unique Okavango…

Our 17-day Okavango Delta and Kalahari Adventure is a comprehensive safari covers the best of the wet and dry areas of Botswana.  You will be…

When it comes to a family holiday, an African safari is an incredibly rewarding and exciting experience. As a company, we recommend your children are at least 10 years old, so that everyone can enjoy and get the most of of this amazing experience. Most family friendly camps/lodges have family tents/rooms, meaning you can all be under the same roof.  Child rates are often applicable at these camps/lodges, but do depend on the age of your children.

Our 9-day Botswana Family Safari (Budget) combines lodges with fully-serviced mobile tenting. The mobile tenting is a true highlight as it is just for your…

This safari is a great way to explore the Moremi Game Reserve and the eastern Okavango.  It can also be easily combine with Chobe and…

Our Highlights of Botswana safari is a fully serviced camping safari that takes in all that the Okavango Delta, Moremi Game Reserve and Chobe National…

Our 14-day Best of Botswana, fully-serviced camping safari offers guests the opportunity of starting and ending off in Livingstone, near the remarkable Victoria Falls, as well as…

On this 15-day Botswana Adventure you traverse Botswana, enjoying game viewing and camping in the wild Moremi game reserve, mokoro excursions and bush walks in…

Dates: 8 to 23 May, 2021 Botswana is a land of dramatic contrasts, from the crystal-clear waters of the Okavango Delta to the large elephant…

This Botswana safari experience combines well-located lodges with an fully-serviced mobile tenting – getting off the beaten track in pristine wilderness.  Starting in Victoria Falls,…

This small group 12-day Chobe and Hwange Lodge Safari is a circular route around the Northern part of Botswana, linking through Zimbabwe, beginning and ending…

This safari was created to capture  the three most spectacular riverine wildlife areas in Southern Africa.  Starting in Victoria Falls, you experience the mighty Zambezi River…

The Khwai River Area of Moremi has different types of habitat, ranging from well wooded forests , to grasslands and floodplains. Like all the areas...

Khwai (formerly known as North Gate) is a group of sites in the Moremi Game reserve. The area is well known for it’s extensive variety...

For the Semi Participation safaris, guests are only required to pitch and fold their own tent. All cooking, cleaning and any other camp chores are...

Includes:  All camping equipment, All activities as stated (unless marked optional), All camping and park entrance fees as per the itinerary, Services of... 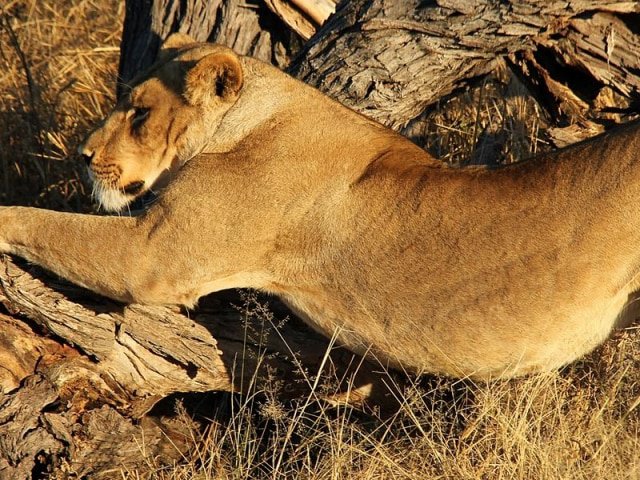 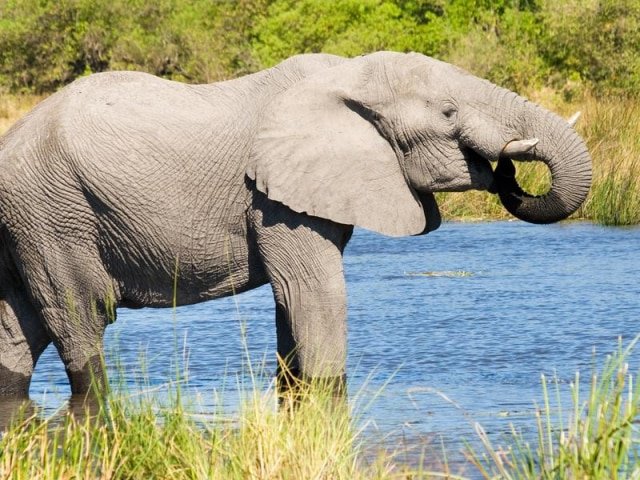