The African Shoebill (Balaeniceps rex), also known as a Shoe-billed stork or Whale-headed stork resembles something out of a comic book rather than a bird you might see on an African safari. This unusual looking bird, lives in the swampy marshes of Uganda, Rwanda, Western Tanzania, and Zambia, could have walked out of the dinosaur era as it is.

The Shoebill stork is a scarce and critically endangered bird. It is estimated to be less than 5,000 in the wild. The Shoebill stands nearly 1.4 metres in height, with spindly blue-gray legs that match its blue-gray feathers.

The shoebill’s large, bulbous bill, which serves multiple functions, gives it an advantage. It is over 19 centimetres) long and nearly as wide on the inside, making it a useful container for fish as well as water to douse its eggs or chicks with as needed. 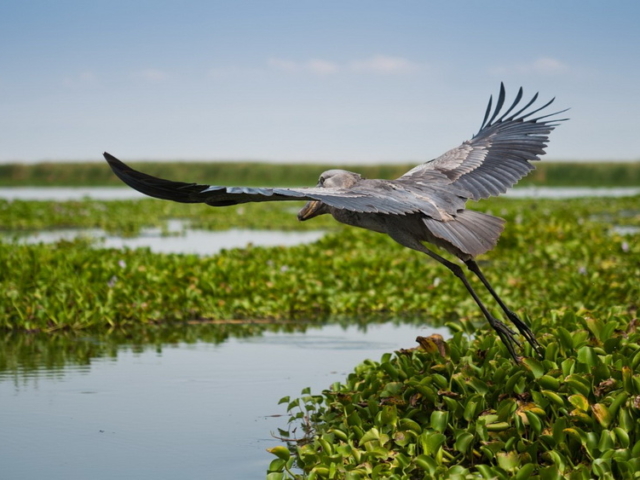 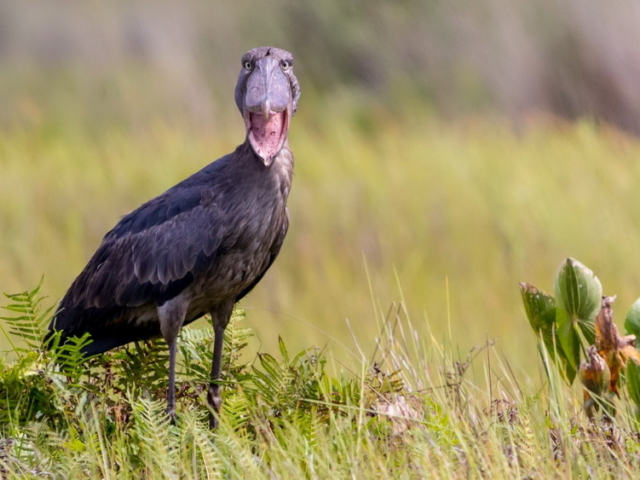 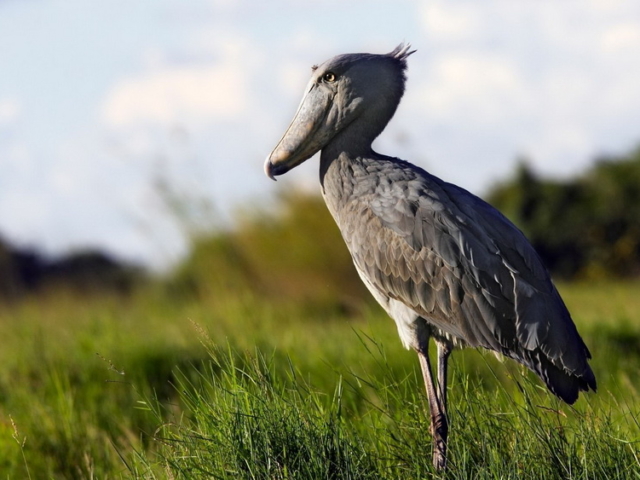 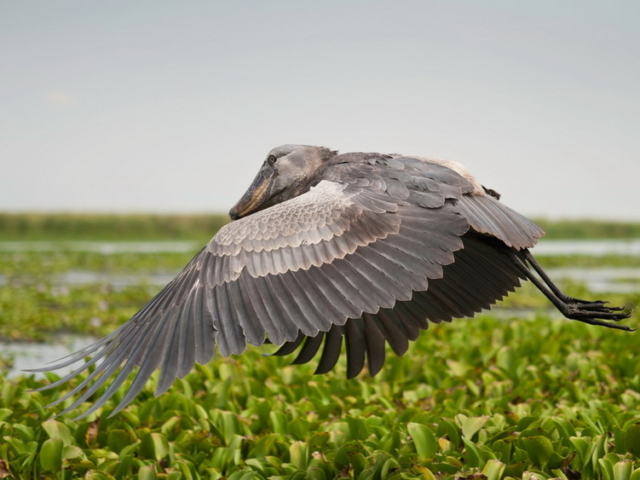 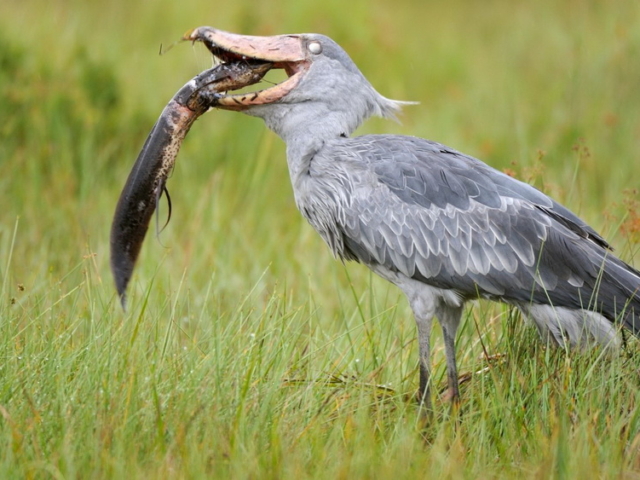 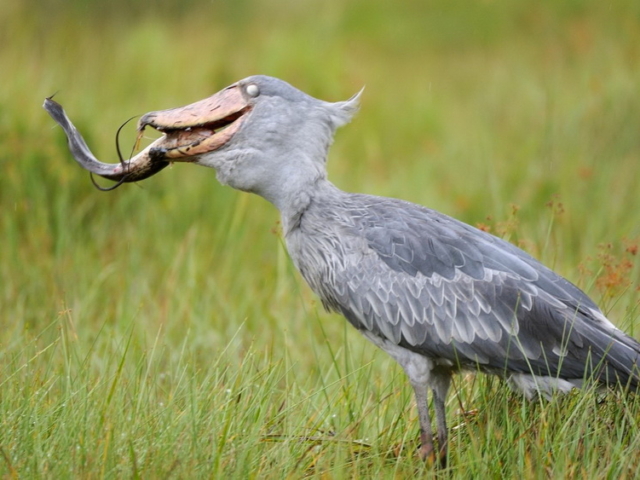 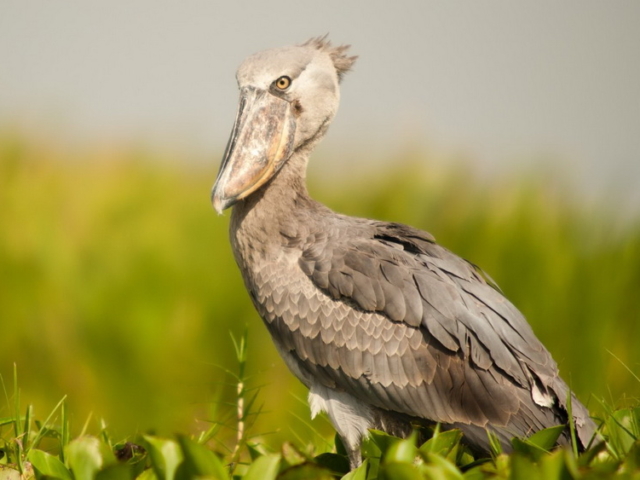 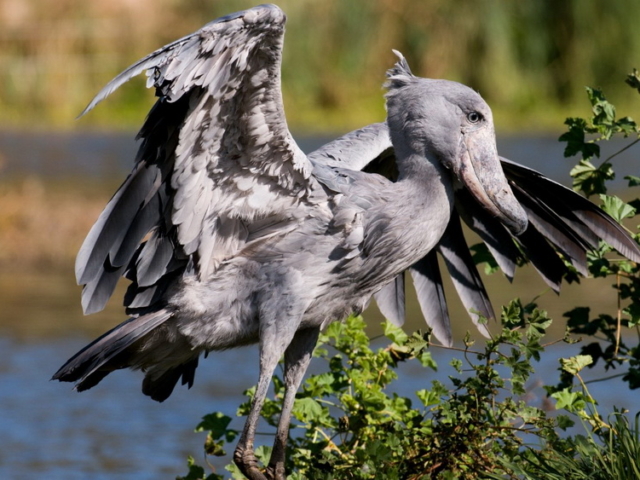 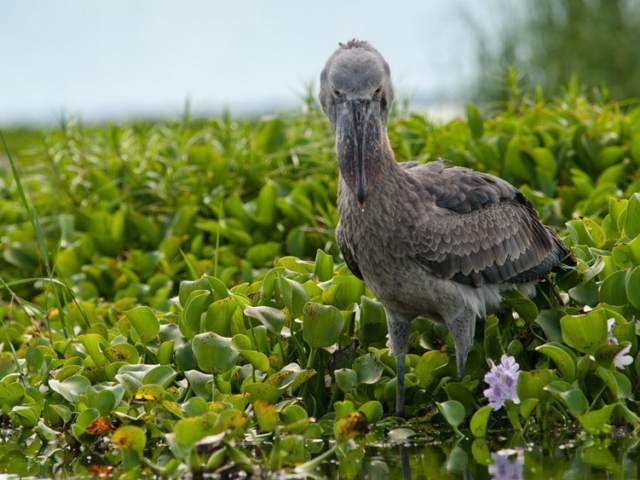 Very little is known about this bird. The species was only scientifically documented for the first time in the late nineteenth century. The Shoebill is elusive and unsociable. Individuals maintain a distance of at least 20 metres apart during feeding and swampland meandering. Almost as if to demonstrate their antisocial nature, only one chick born to a pair survives to adulthood. The Shoebill is so ruthless that the largest chick will commit fratricide without hesitation. Once the surviving chicks have learned the fundamentals of survival from their mothers, they are practically ejected from the nest.

The Shoebill is a carnivore, feasting on snakes, lungfish, catfish, and even small crocodiles. The Shoebill’s anatomy is ideal for spotting prey in shallow waters. A curved hook at the end of the Shoebill’s beak functions as a spear, delivering a fatal blow every time. With a life expectancy of 25 years, the Shoebill can be a terrifying swamp figure. 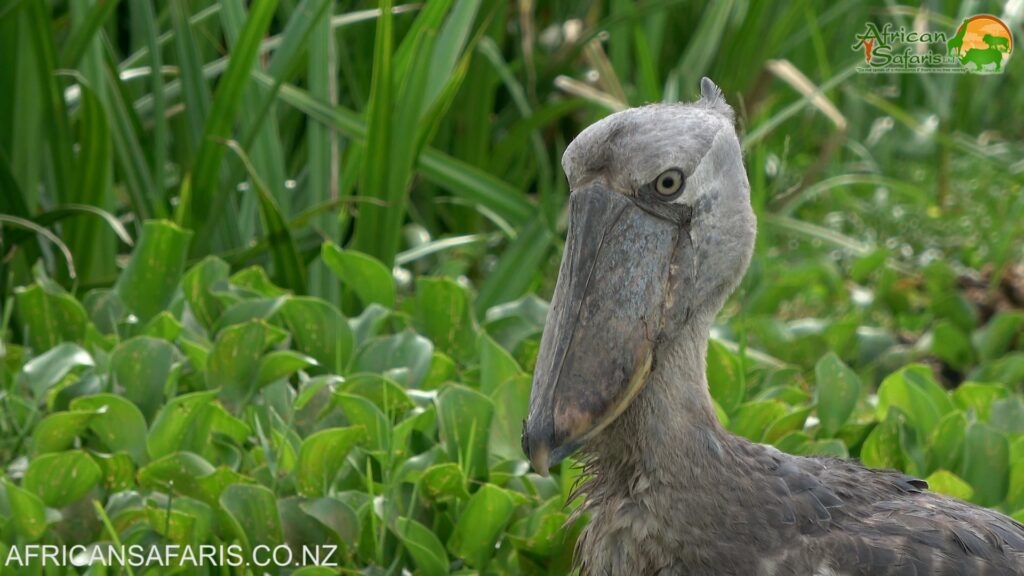 The hyena (“hyaena” in some parts of the world) is Africa’s most common large carnivore. Spotted Hyenas are ferocious, gregarious, and extremely intelligent animals. Their cubs however are very cute. Hyenas do not have the best reputation in Africa, and their appearance in The Lion King didn't help matters. However,…

You could believe a yawning hippo is drowsy or even cute. But, when a hippo yawns, it is a warning sign. Hippos yawn to display their jaws and long, sharp teeth. When the hippo feels threatened, it spreads its jaws wide and adopts an aggressive posture, attacking anything who enters…