Caracal – The largest of the small cats in Africa ….

A caracal’s most distinguishing feature is its long, black ear tufts, also known as tassels. There are numerous theories regarding the function of the ear tufts. By breaking up the outline of the cat’s head, the tufts may help keep flies out of the cat’s face or aid in camouflaging the caracal in tall grass. The most widely accepted theory, however, is that the cat twitches its ear tufts to communicate with other caracals.

The caracal has a high tolerance for potentially harsh environments such as savannah, semi-desert, dry woodland, arid hilly steppe, and dry mountains. 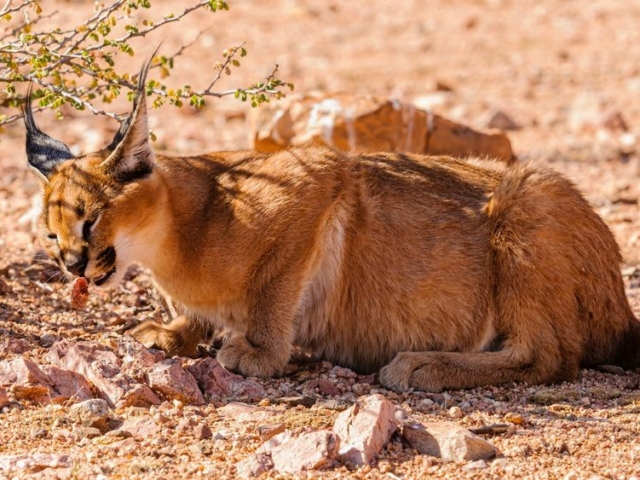 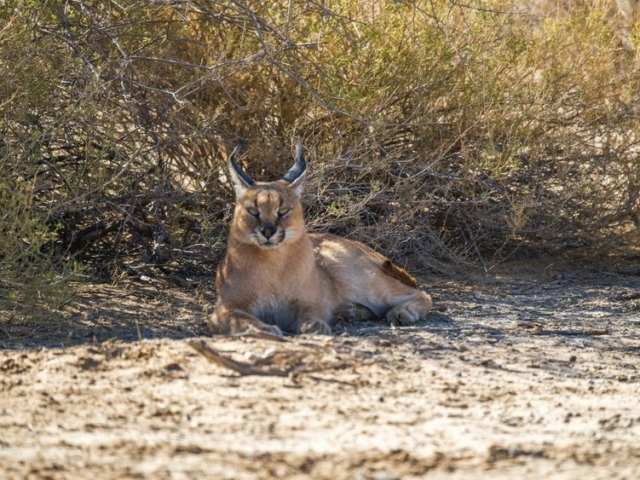 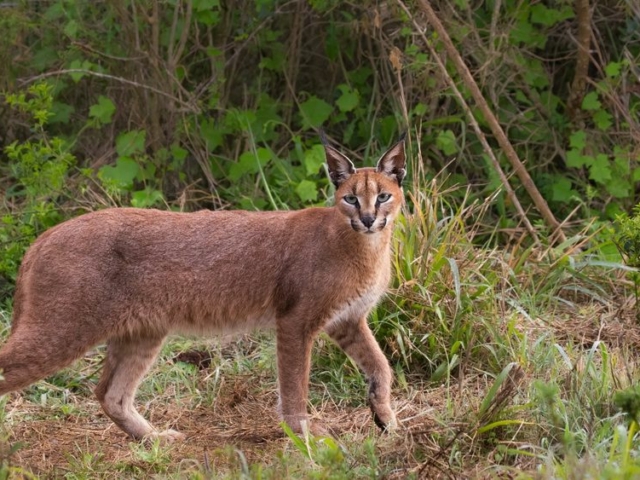 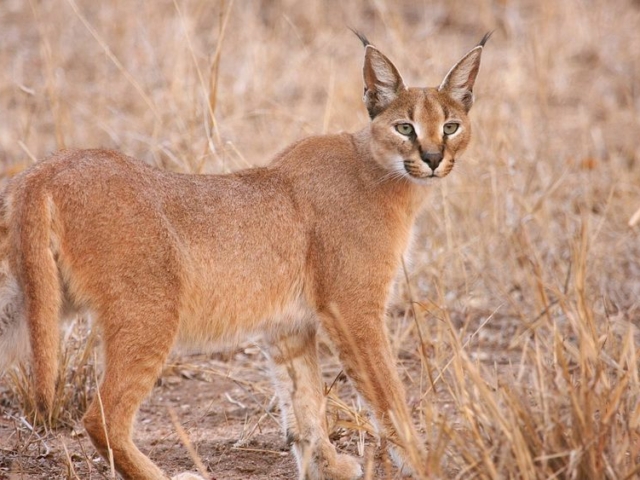 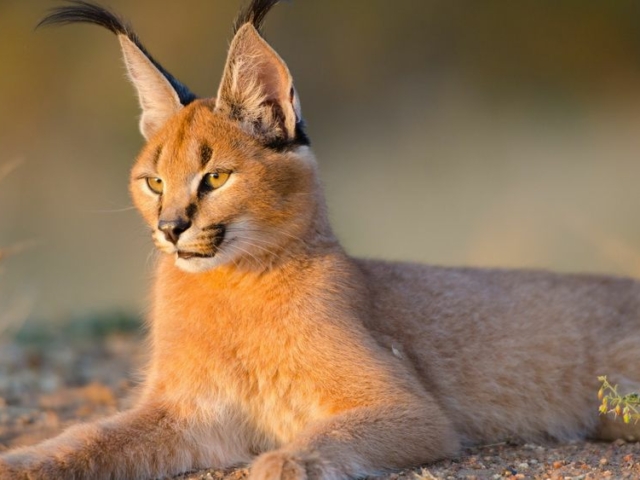 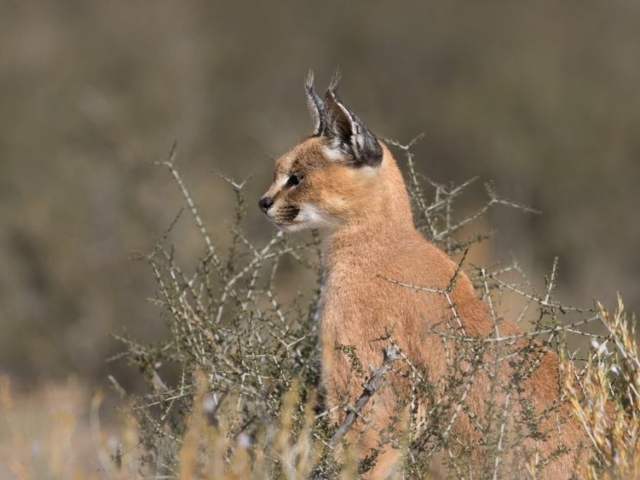 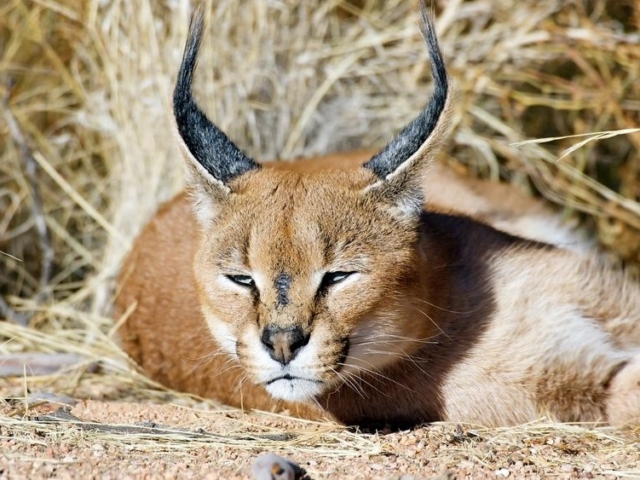 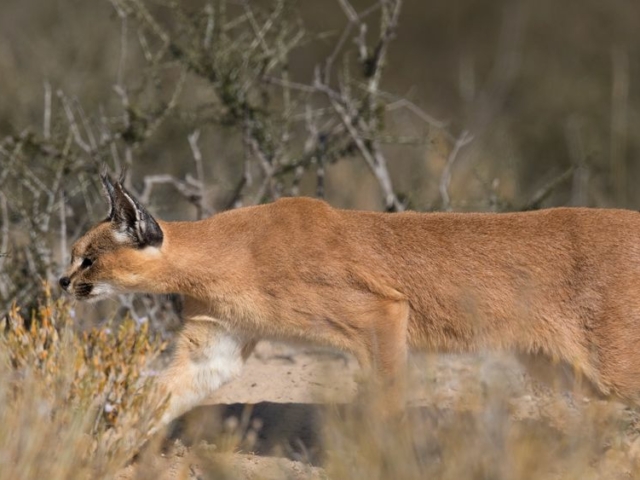 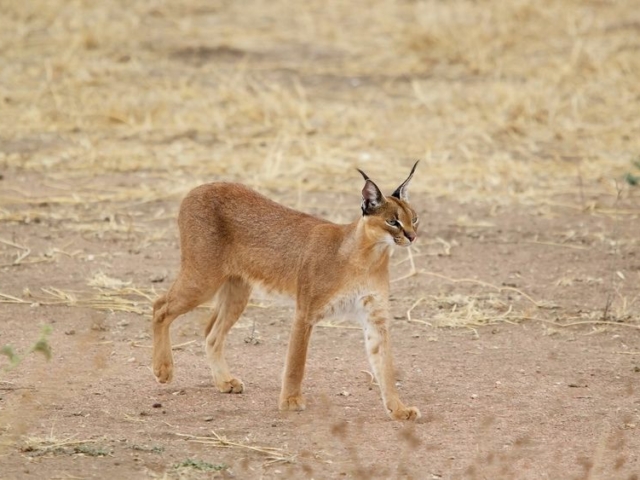 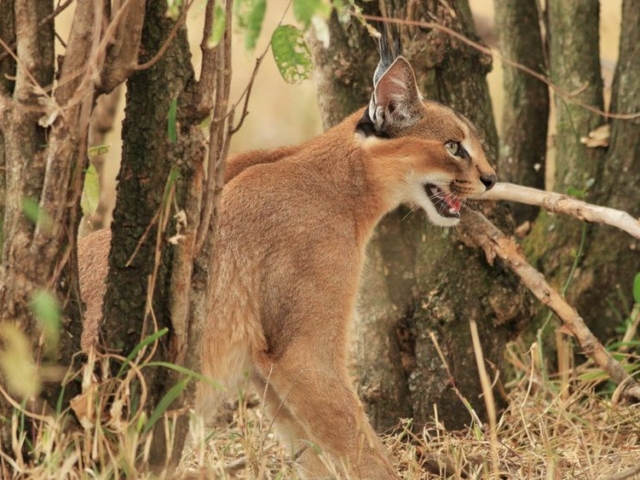 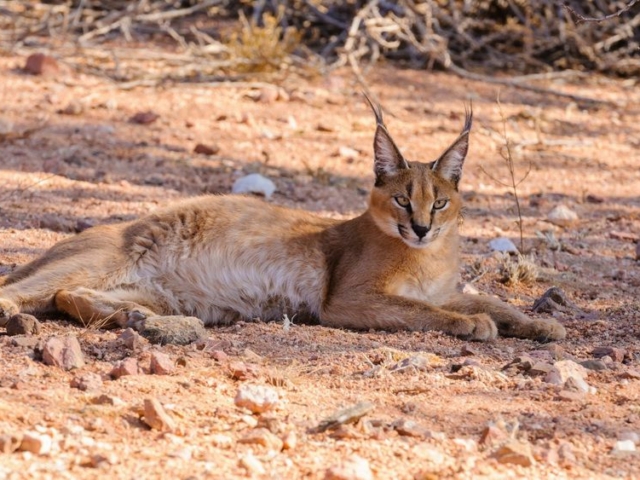 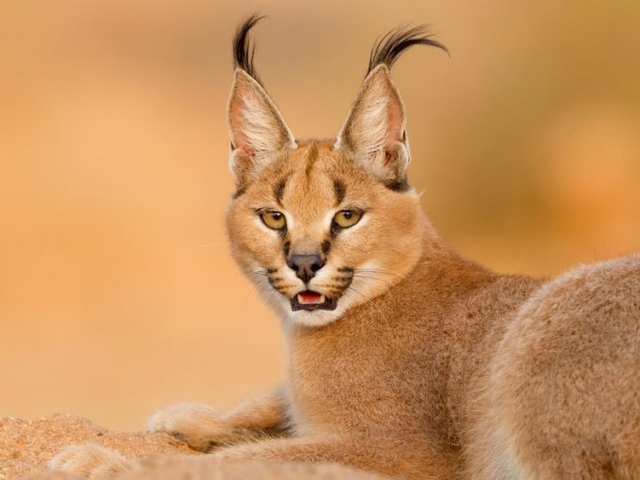 Caracals hunt at night and eat whatever they can catch, including mongoose, rodents, hyraxes, dik-diks, and monkeys. Caracals have been known to kill large mammals such as impalas and young kudus, as well as attack domestic livestock. These agile cats can leap up to 3 metres to swot a flying bird. They are even capable of leaping onto a sitting ostrich!

Caracals keep their claws sharp in order to catch their prey. They will sometimes climb trees and even hide their catch in the branches for later consumption. Caracals may be the top predators in their area due to their wide range, or there may be a larger carnivore (such as a lion or wild dog) to watch out for.