Home Blog What is a group of cheetah called?

What is a group of cheetah called?

A group of cheetah is called a coalition. Coalitions are typically made up of two to three male cheetah, and are usually established amongst brothers. It is uncommon for a male cheetah to live alone. A coalition usually made up of brothers. Typically, this coalition will live and hunt together for the rest of their lives. Then, the group will find an area (called a territory) where they can settle. This territory could span 15 to 30 square miles.

Cheetahs create coalitions to protect their territory from males from other coalitions. Cheetah females, on the other hand, are solitary. They spend the majority of their life alone, wandering and hunting. Female cheetahs only interact with other cheetahs when they mate. Female cheetahs typically rear their offspring for two years before leaving them to form coalitions or live on their own. Females rear their young close to at least one other female.

In early 2017 a coalition of five male cheetahs appeared in the Masai Mara Game Reserve, in Kenya by many safari guides. This cheetah coalition has captured the hearts and lenses of so many people who have visited the Masai Mara.

The Tano Bora (which means “Magnificent Five” in Maa) has defied numerous stereotypes about cheetah behaviour as the Mara’s largest known male cheetah coalition. Male cheetahs typically become solitary or join another to form a pair once they reach adulthood.

Researchers and guides in Masai Mara have found character features that are unique to each of the five male cheetahs during the last five years. As a result, each of the cheetah has been given a unique name. 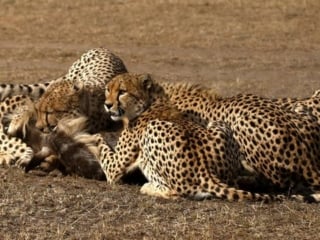 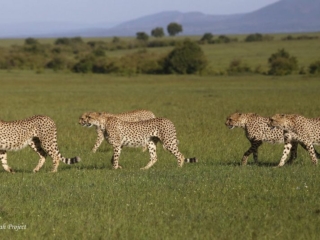 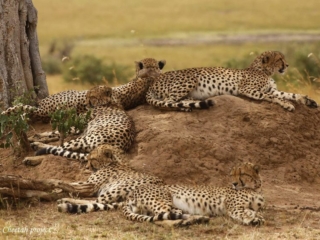 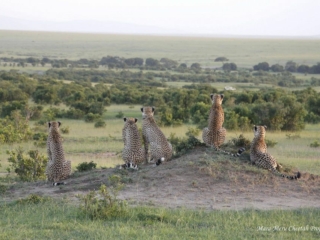 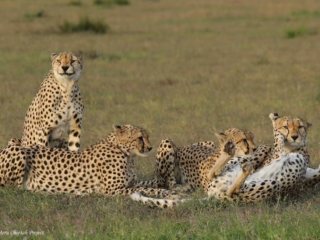