The hyena (“hyaena” in some parts of the world) is Africa’s most common large carnivore.

Spotted Hyenas are ferocious, gregarious, and extremely intelligent animals. Their cubs however are very cute.

Hyenas do not have the best reputation in Africa, and their appearance in The Lion King didn’t help matters. However, do not be fooled by The Lion King’s terrifying monsters. Spotted hyenas are complicated creatures unlike any other on the planet, from their biology to their social organisation.

Hyenas are born underground in a den. From birth, they are ready to fight. Females typically give birth to only two or three cubs. The cubs can be quite fierce and fighting between them is common, especially if they are of the same sex, and the weaker sibling will often die in the first weeks. 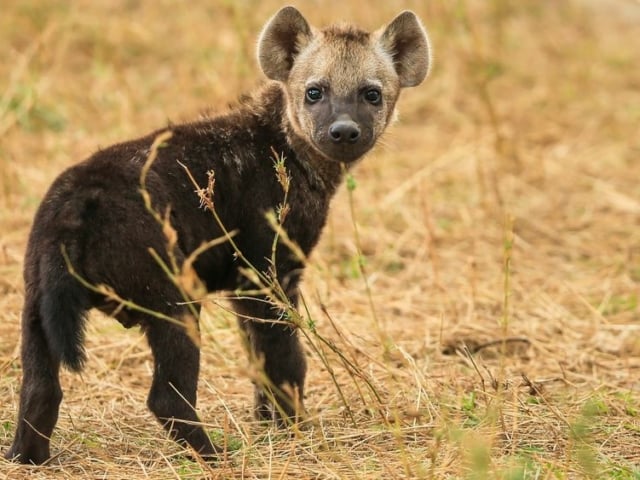 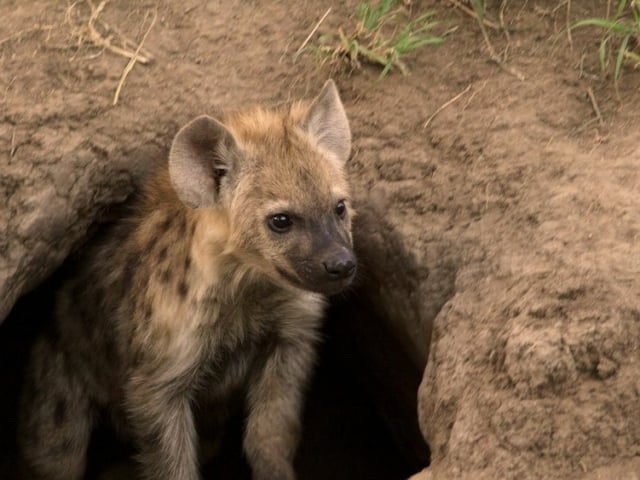 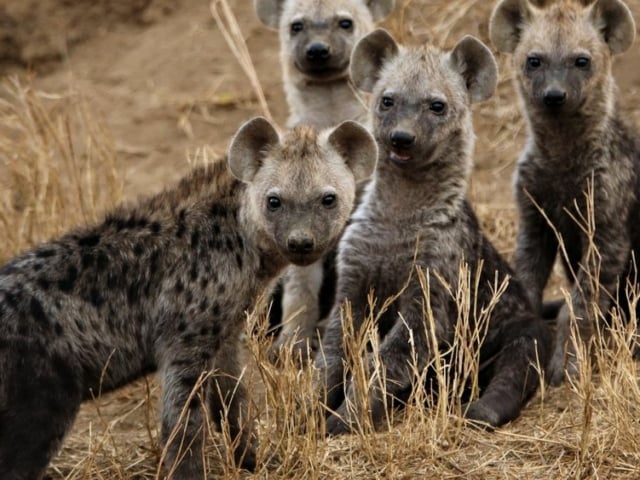 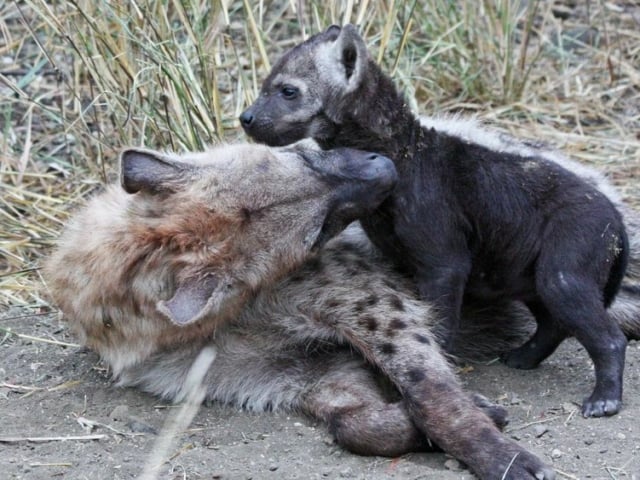 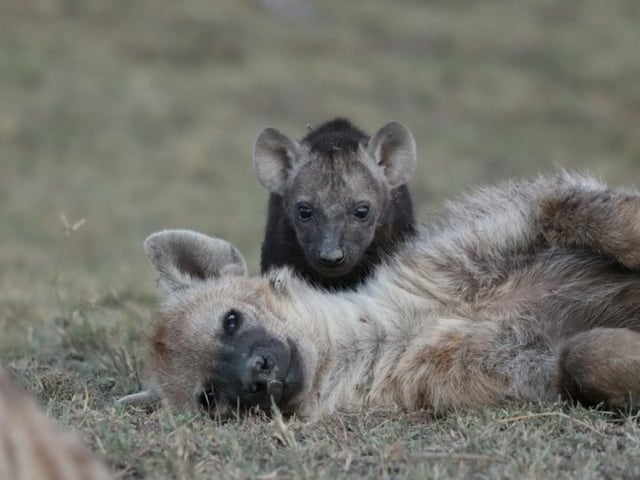 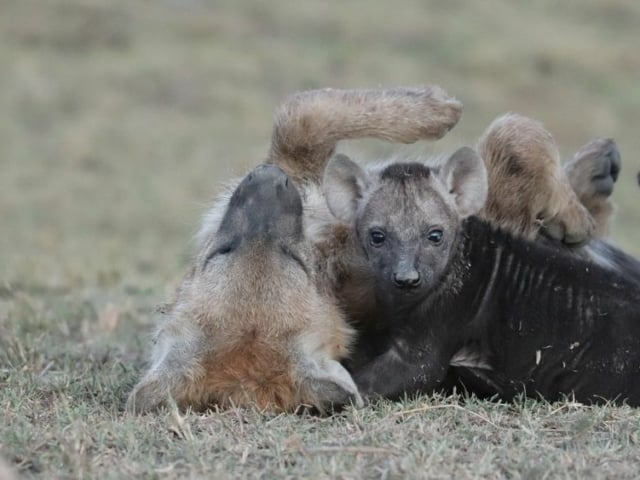 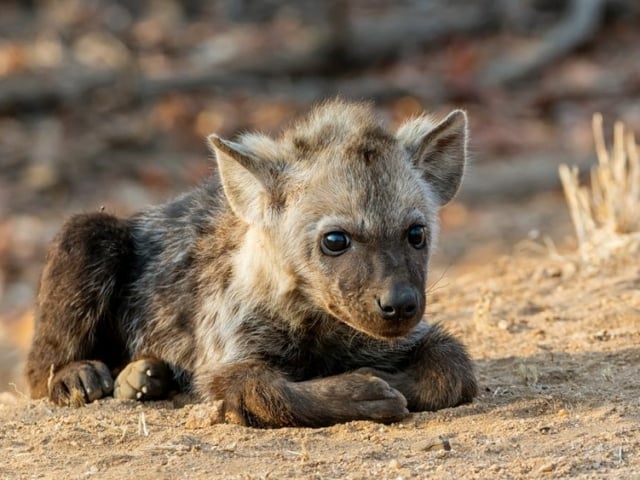 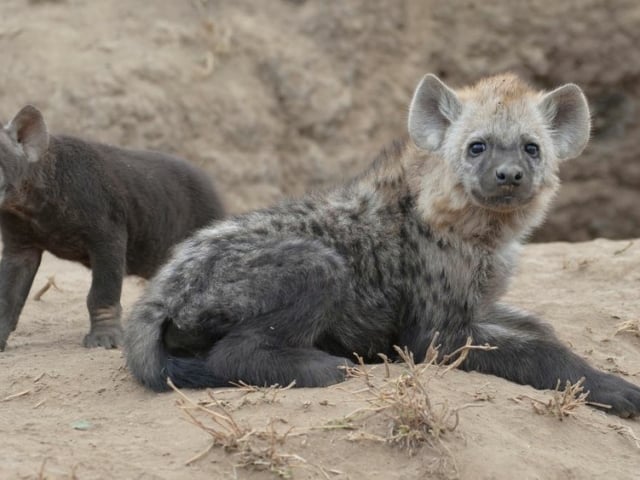 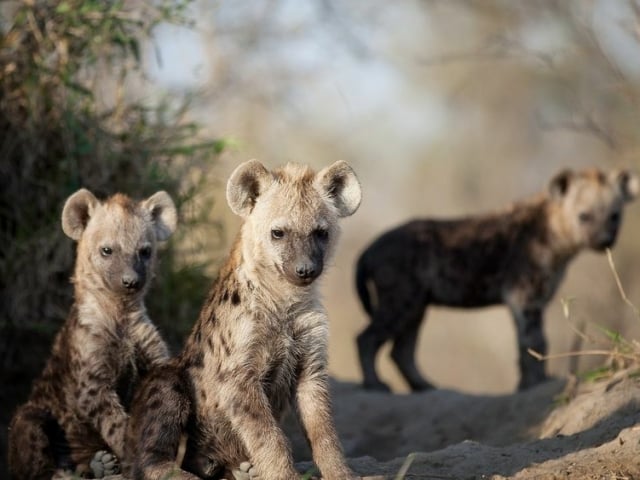 To survive in the pack and prosper in the African savannah, baby hyenas need this fortitude.

Hyenas have a 110-day gestation period. Cubs are born well-developed newborns. At birth, hyena cubs have black, scruffy fur, tiny teeth that have broken through their gums. Their eyes are open when they are born.

Weighing around 500 grams at birth, the mother hyena often keeps them away from the rest of the clan for the first couple of days.

At about 3 weeks of age, the black coat begins to brighten and spots form. The babies become more active and interact with the rest of the family. When the mother goes out to hunt with her clan, she will leave them with male “babysitters.”

Females will stay with the clan for the rest of their lives, whereas young males will leave the clan when they are around 2 years of age.

The African Shoebill (Balaeniceps rex), also known as a Shoe-billed stork or Whale-headed stork resembles something out of a comic book rather than a bird you might see on an African safari. This unusual looking bird, lives in the swampy marshes of Uganda, Rwanda, Western Tanzania, and Zambia, could have walked out of…

You could believe a yawning hippo is drowsy or even cute. But, when a hippo yawns, it is a warning sign. Hippos yawn to display their jaws and long, sharp teeth. When the hippo feels threatened, it spreads its jaws wide and adopts an aggressive posture, attacking anything who enters…