By africansafarisltd, April 7, 2020 Posted in: Accommodation

Onguma Tree Top Camp is positioned on the 20,000 hectares Onguma Game Reserve of savannah, dry pan and bushveld. It is the smallest of Onguma Reserve’s camps on the Eastern side of Etosha.

The camp, surrounding an active waterhole, consists of four treehouses on stilts. There is also a central area with a lounge, dining room and interactive kitchen that looks over the waterhole.

There is something for game watchers and bird watchers alike with over 30 different animal species.

Three of The Big Five are frequent the area, rhino, lion and leopard as well as giraffes, zebras, cheetahs and more recently a family of six black rhinos.

Remember to bring your binoculars as there are more than 300 species of bird along with the largest breeding colony in Namibia of white-backed vultures. Onguma during the summer months has thousands of species of birds migrating to the wetlands.

From the camp, you can take night drives, and nature walks on the reserve.  Morning and afternoon game drives  can be done in either Etosha National Park or the Onguma Game Reserve. 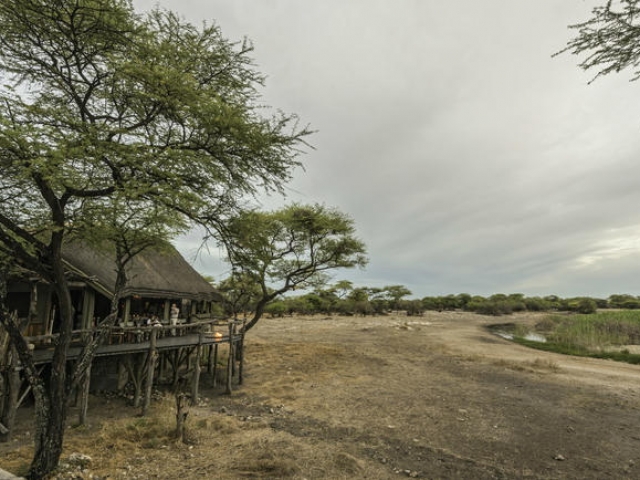 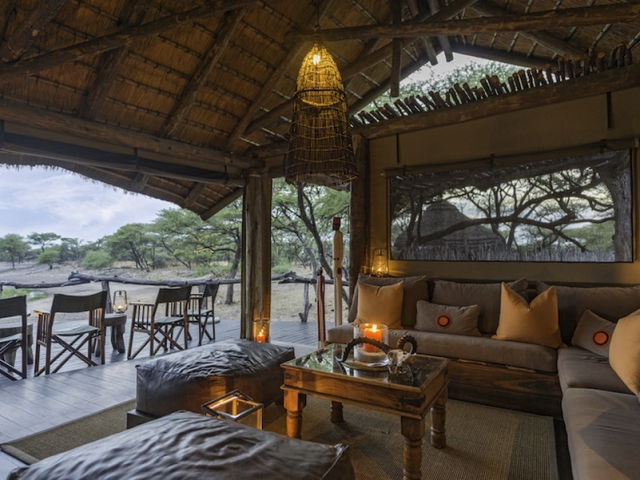 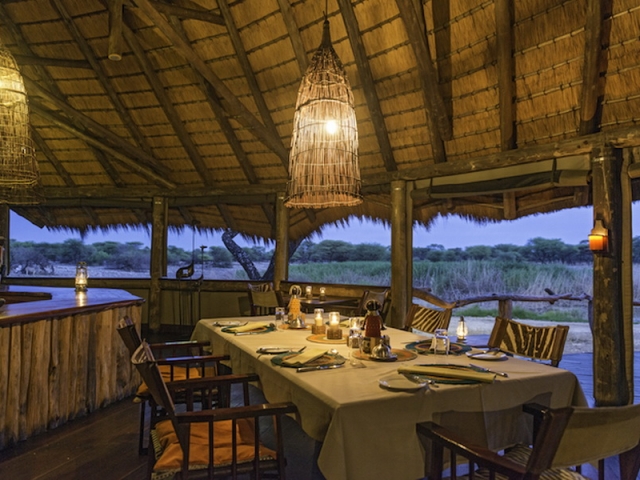 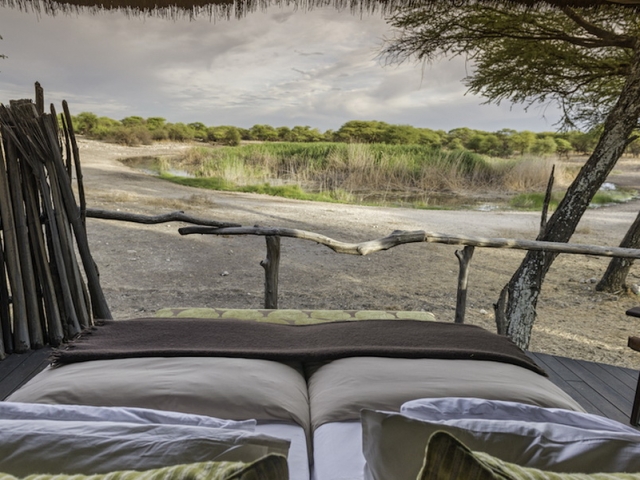 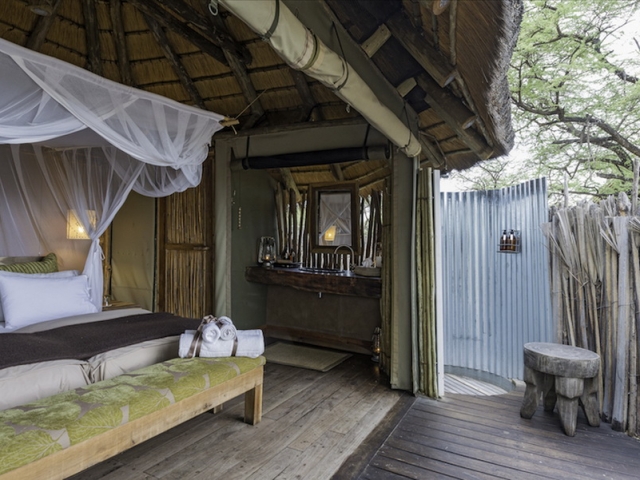 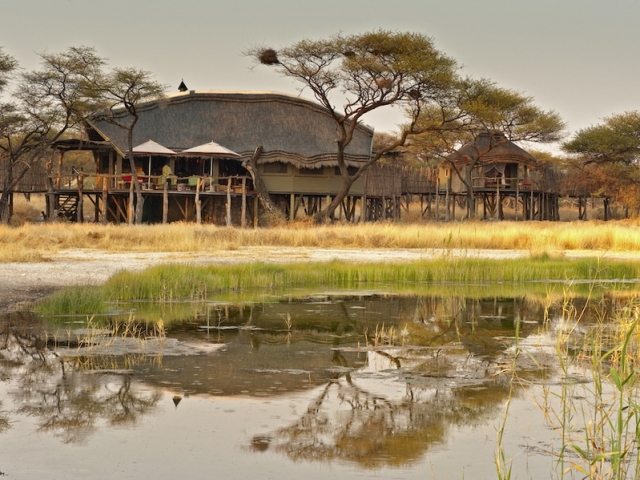 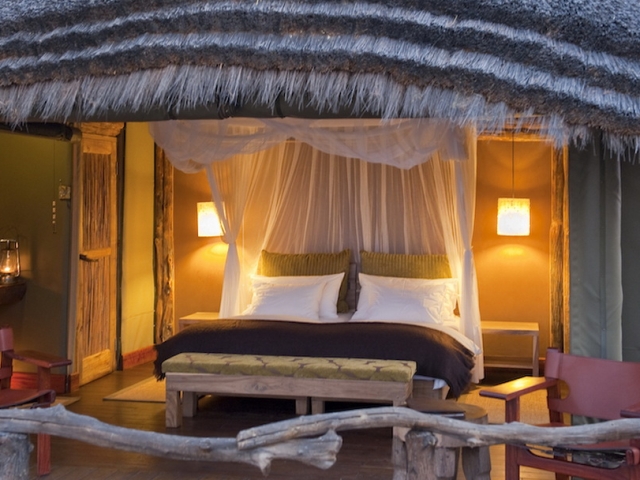 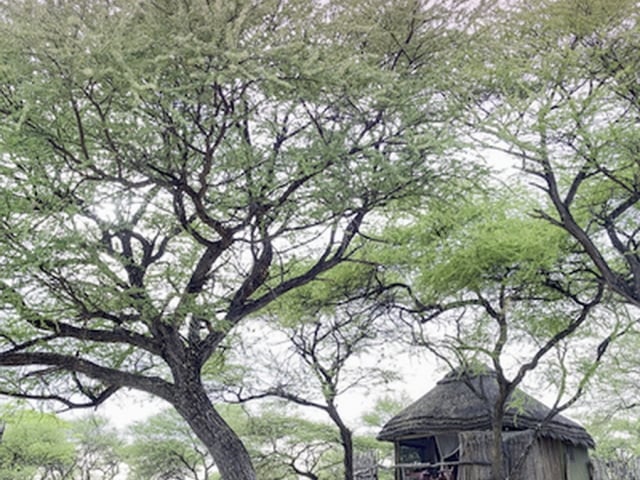 Located in Namibia, huddled in the rocks, with sweeping views across the Aba Huab valley, Camp Kipwe is full of surprises, starting when guests first arrive. It appears as if rocks have tumbled down the hill to reveal this gem of a camp. The setting is one of intimacy and…

Grootberg Lodge is located in 30,000 acres of reserve in the Northwest of Namibia between Etosha National Park and Damaraland. Your hosts at Grootberg Lodge are members of the #Khoadi/Hoas conservancy in which the lodge is located. You can enjoy sundowners on the deck or a swim in the pool.…

Okonjima Bush Camp sits amongst a 20,000 hectare area of a private nature reserve in Namibia between Etosha National Park and Windhoek. The reserve can be explored by foot or by 4x4 vehicle, with leopards and cheetahs frequently seen on safari.  Wildlife also can be viewed at the waterhole from…