New rules for checking in bags of irregular shape and size will be applied at OR Tambo International Airport from Monday (25 March 2019).

In a statement, the airport said that the new rules are aimed at preventing blockages and breakdowns in the baggage handling system caused by bags that do not have any flat surfaces or that have long straps or grips as per the International Air Transport Association (IATA) guidelines.

Bags that are round or do not have a flat surface of any kind are the largest source of jams in the baggage handling system.

These jams can shut down sections of the baggage handling system, delay baggage delivery to aircraft and inconvenience passengers and airlines, it said. 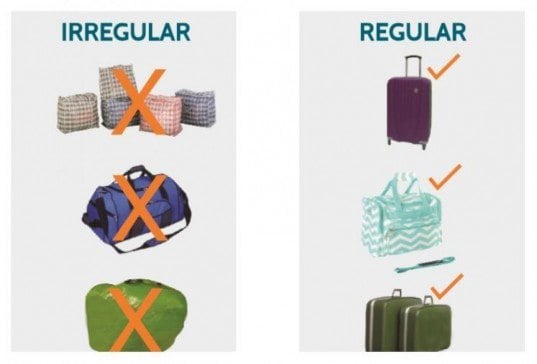 â€œAirport management has been contemplating these new rules since early 2018 and has now decided to adopt baggage conditions similar to those applied at other international airports,â€ the airport said.

â€œThe new rules have been agreed to after extensive consultations with the Airline Operators Committee (AOC) and other bodies representing airlines.â€

The new baggage rules are:

Passengers trying to check in bags that do not conform to these rules will be offered the option of having their baggage wrapped with one flat side at airport approved baggage wrapping stations.

â€œWe very much appreciate that these new baggage rules will potentially create inconvenience or additional cost for some passengers, so this is not a step we have taken lightly,â€ said Kris Reddy, assistant GM of Operations Services.

â€œHowever, a small proportion of irregular bags that cause breakdowns in the baggage handling system creates far greater inconvenience for the majority of passengers. We have investigated this matter over about a year and considered a variety of alternatives.

â€œIt is our view, and airlines and other stakeholders now agree, that changing rules for irregular bags will improve the overall level of service to all passengers,â€ he said.