Rhino Camp is located in Ol Pejeta Conservancy a 90,000-acre wildlife conservancy situated between the foothills of the Aberdares and the magnificent Snow-capped Mount Kenya. Ol Pejeta Conservancy boasts an astounding variety of animals including all the big five as well as rare species such as Grevy’s zebra and Reticulated giraffe. Rhino Camp is located in a secluded valley of the Conservancy and set amongst shady acacia trees on the banks of a seasonal river. Transfers are provided from the airstrip to the camp. The camp consists of six spacious guest tents, each comfortably furnished with en suite bathrooms which include a hot shower and flush toilet. The camp is very environmentally-friendly, with solar-powered lighting and no generator. Game drives are taken in the camp’s traditional 4×4 safari vehicles with qualified safari guides. Guided walks are taken on the open plains escorted by Maasai warriors. Night drives are also taken to see the nocturnal animals. All the Big Five have been seen on game drives from the camp. 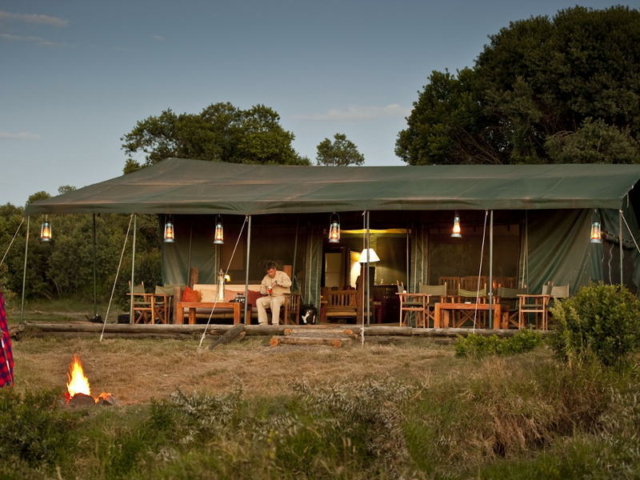 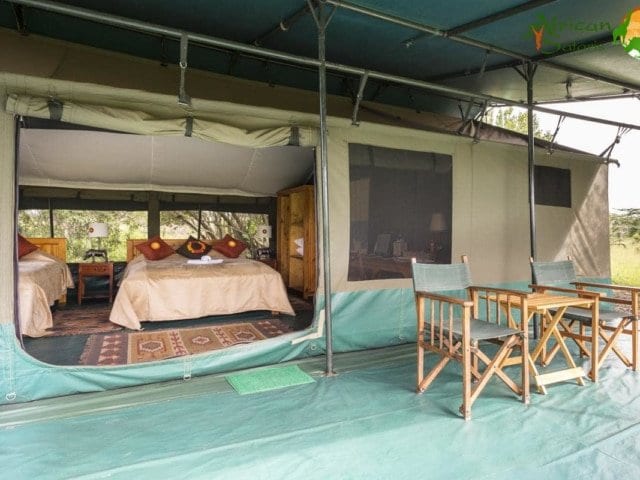 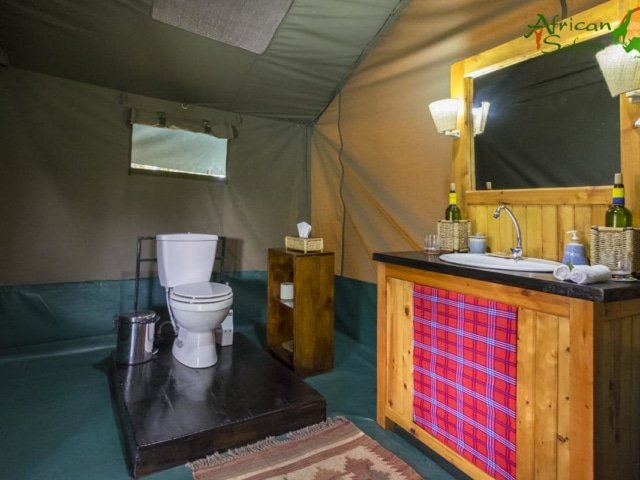 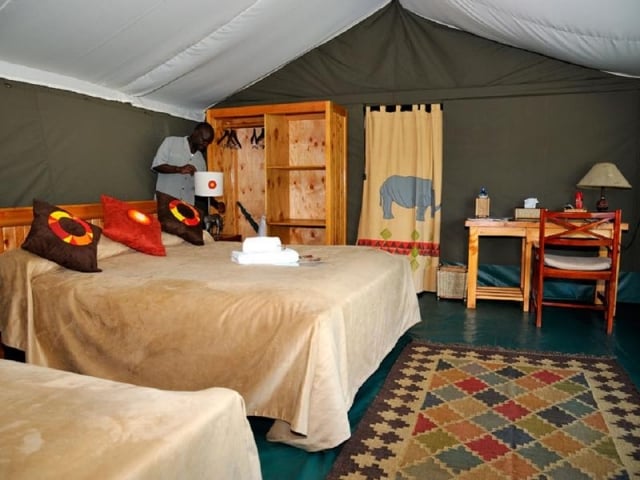 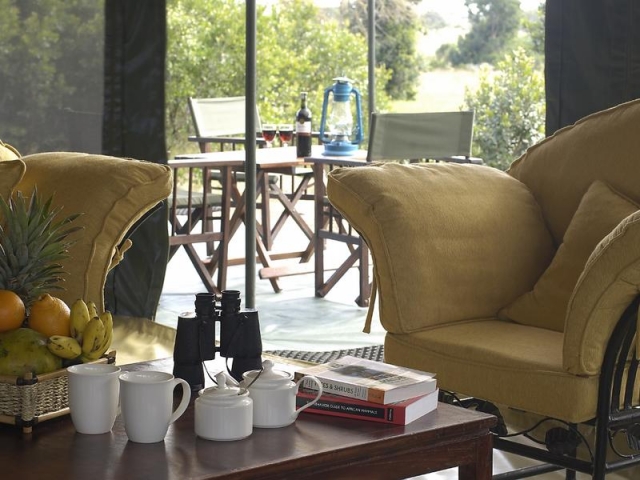 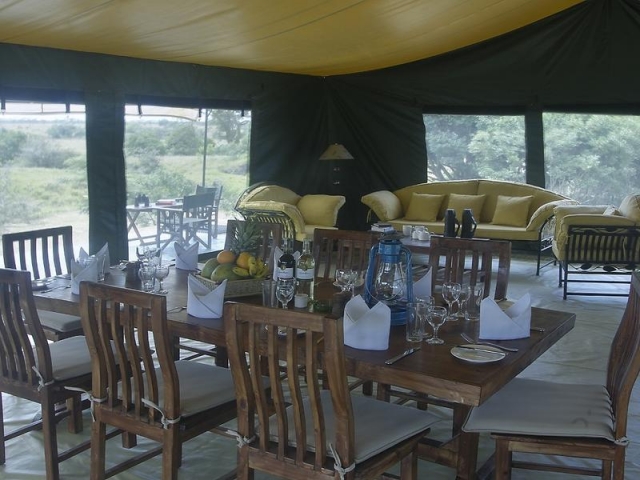 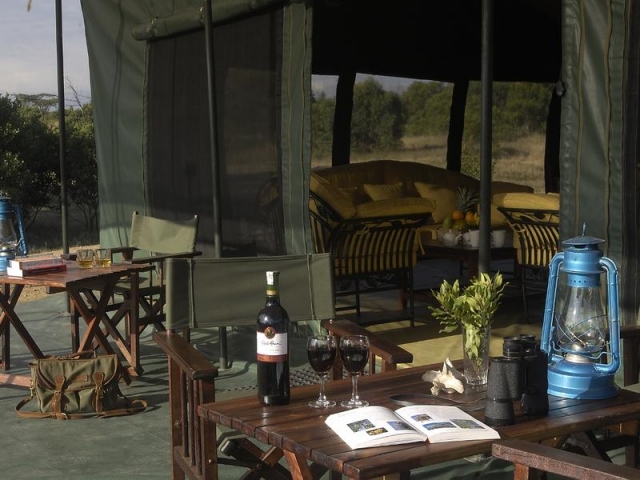 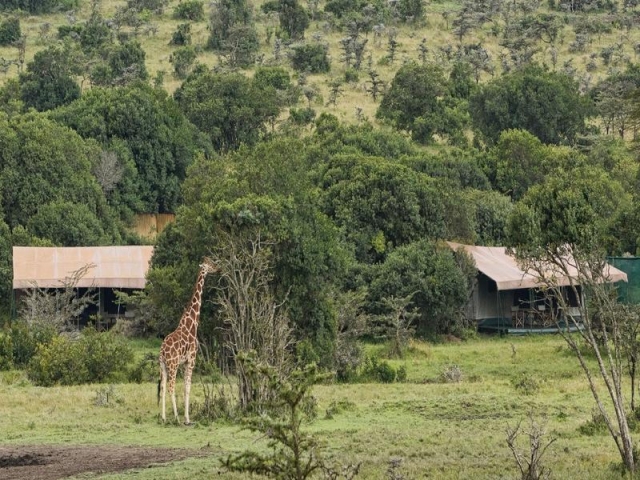